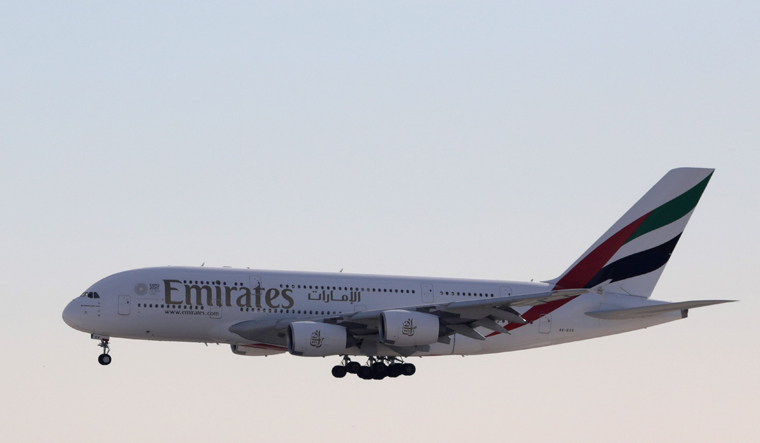 Joining a long list of flights to ban iterations of MacBook Pro laptops, Dubai-based Emirates announced a ban on Monday. "Apple recently announced a recall of 15-inch MacBook Pro models sold between September 2015 and February 2017, citing defective batteries that could overheat and pose a fire safety risk. Therefore, as a safety precaution, travellers will not be permitted to carry these MacBook Pro models as checked or carry-on baggage on Emirates flights unless the battery has been replaced," Emirates said.

Earlier, aviation regulator DGCA had asked passengers not to carry models of 15-inch MacBook Pro laptops that Apple deemed a safety risk due to overheating batteries. Apple had on June 20 issued a notice on its website regarding the risk posed by the models of the MacBook Pro laptops.

"Apple has determined that, in a limited number of older generation 15-inch MacBook Pro units, the battery may overheat and pose a fire safety risk. Affected units were sold primarily between September 2015 and February 2017 and product eligibility is determined by the product serial number," it added.

The company said it has voluntarily decided to replace affected batteries, free of charge.

DGCA chief Arun Kumar tweeted, "Consequent upon the recall of a limited number of older generation 15-inch MacBook Pro laptops by Apple Inc (sold primarily between September 2015 and February 2017) due to fears that their batteries may overheat and pose a safety risk, DGCA requests all air passengers not to fly with the affected models either as hand-baggage or checked-in baggage until the battery has been verified/certified as safe or replaced by the manufacturer."