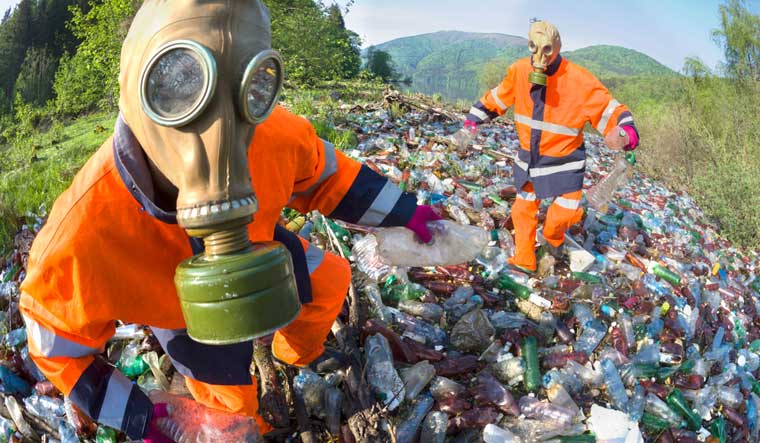 A new approach is needed to understand environmental risks in the Anthropocene—the current geological age in which humans are a dominant force of change on the planet, according to a study.

"The Anthropocene is a time of rapid global change—socially, environmentally, and geophysically," said Patrick Keys, a research scientist at Colorado State University in the US.

"Typical notions of neatly and cleanly delineating complex environmental risks are changing in unexpected ways. It's becoming clear that a more holistic perspective, including social history, power relations, and environmental ethics may be important components of Anthropocene risks," Keys said.

As an example, Keys said it's a common belief that the civil war in Syria has been driven by drought and climate change.

While those two factors more than likely played a role in what led to the civil war, it also ignores other aspects such as incentives by Syrian government officials that kept farmers on agriculturally precarious land for decades, he said.

Keys noted those incentives made it possible for drought and climate change to have such an impact.

"If we ignore the social and political economic factors that deliver us to this present, we will attribute an event to being caused by the environment when, in fact, that was just one cause or the icing on top of the cake.

"If we look at things only in the present, we will come up with solutions to a problem defined in the present, but we may not be defining the problem correctly," he said.

This point of view stems from Guidance for Resilience in the Anthropocene: Investments for Development (GRAID), a programme based at the Stockholm Resilience Centre, where five of the paper's co-authors currently work.

In the paper, the team explores four different cases outside of Europe and North America to highlight this way of looking at environmental risks and underline why people studying such risks must take a broader approach.

"As the Anthropocene unfolds, navigating new and emerging risks will require considering changes that happen over years, decades, centuries, or even millennia." Keys said.

"In this increasingly interconnected and accelerating world, it's on us to really educate ourselves about how to interact intelligently and meaningfully to work towards a more sustainable world," he said.