Fish kills in MP related to sewage effluents in lakes 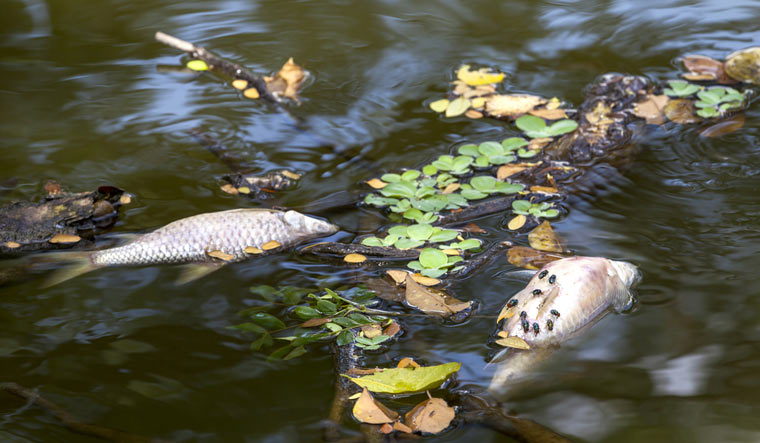 Contamination of water due to sewage and industrial effluents is killing fish in large numbers in lakes and ponds in some Madhya Pradesh districts, a study has found.

Release of sewage and industrial chemicals in water bodies leads to growth of bacteria and fungi which are harmful for fish, said Dr Shashikant Mahajan, Dean of Government Fisheries College in Jabalpur.

"During tests for toxicity in samples of dead fish, including some received from fish farmers, it was found that fish were dying because of bacterial and fungal infections," he said.

In the last two-three years, samples received from Jabalpur, Mandla, Balaghat, Rewa and some other districts and tested at the college's laboratory showed that sewage discharge was affecting the fish's health, he said.

Erosion and disintegration of the fin and tail indicated that bacterial pathogens were present in the water, Mahajan added.

The fish's skin was also found damaged with deep lesions caused by infection, he said.

Presence of metals was also found in some samples, he added.