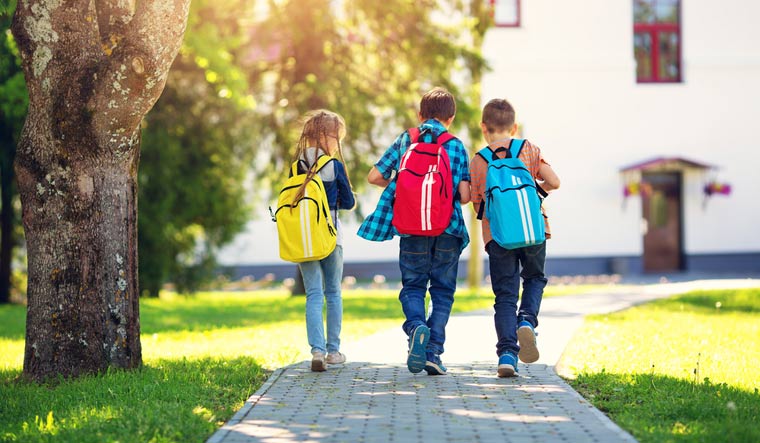 Researchers have found out how much backpack weight is too much for school children.

A joint study by the UK-based Liverpool John Moores University and University of Granada in Spain has established that the maximum weight children should carry in schools bagpacks should not exceed 10 per cent of their bodyweight as backpacks. If they are using their pull-along school backpacks, the kids should not carry a load not greater than 20 per cent of their bodyweight.

The study has shed new light on weight recommendations that are already in existence for ordinary school backpacks, as they are the most widely used type in the schools worldwide. But this is for the first time that recommendations for rolling backpacks have been scientifically established.

The researchers analysed the torso and lower limb posture of 49 primary school children—aged between 7 and 12—as they carried their bags with different loads (10 percent, 15 percent, and 20 percent of their respective bodyweights).

A kinematic analysis— posture of the trunk and lower limbs—using a 3D motion capture system was used, similar to those used in animation films and video games.

The study, published in the Applied Ergonomics journal, found that the majority of stress was on the hip and torso while minimal impact was felt on knees and ankles.

According to the study, the pull-along school backpack produces only minor changes in the child's kinematics that matched the body posture when walking free of any load, compared to carrying the backpack, even when it weighs very little.