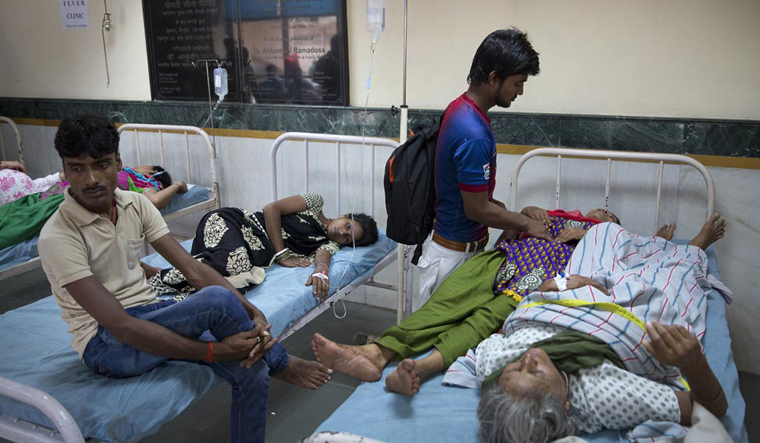 The World Health Organization (WHO) reports that more than 1.5 million deaths worldwide are caused by viral infections every year

Researchers from Indian Institute of Technology (IIT) Mandi have identified the 'dark' regions in the proteins of Chikungunya virus, an advance that could help design improved drugs to treat the disease.

The dark proteome is defined as proteins with structures that can not be determined by conventional methods, such as X-ray crystallography and electron microscopy.

Unlike conventional proteins, the dark proteome are unable to fold spontaneously into single, well-defined 3D structures, making it difficult for scientists to understand their properties.

The researchers led by Rajanish Giri, assistant professor at IIT Mandi in Himachal Pradesh, is aimed at understanding the structure and action of the Chikungunya virus (CHIKV) through computational studies.

Collaborating with Vladimir Uversky from University of South Florida, the research, published in the journal RSC Advances identified the molecular recognition features of the virus (MoRF).

"The pathogenic mechanism of mosquito-borne Chikungunya is not fully understood as yet because of the scarcity of information about the structure and non-structure of the viral proteins," said Giri. "Our research seeks to fill this gap in knowledge," he said.

The team used multiple computational tools to identify the MoRFs in the proteins of the Chikungunya virus.

They found that all Chikungunya virus proteins have at least one MoRF crucial for signalling events during survival and pathogenesis of the virus.

Researchers hope that once all the molecular mechanisms of Chikungunya virus proteins are deciphered and protein-protein interactions are understood, there would be a better path towards design of specific drug molecules that can act against this virus.

The World Health Organization (WHO) reports that more than 1.5 million deaths worldwide are caused by viral infections every year, researchers said.

Given that there are 320,000 mammalian viruses that can potentially infect human beings, our hope of preventing and treating virus-borne diseases hinges on rigorous research enterprise, they said.