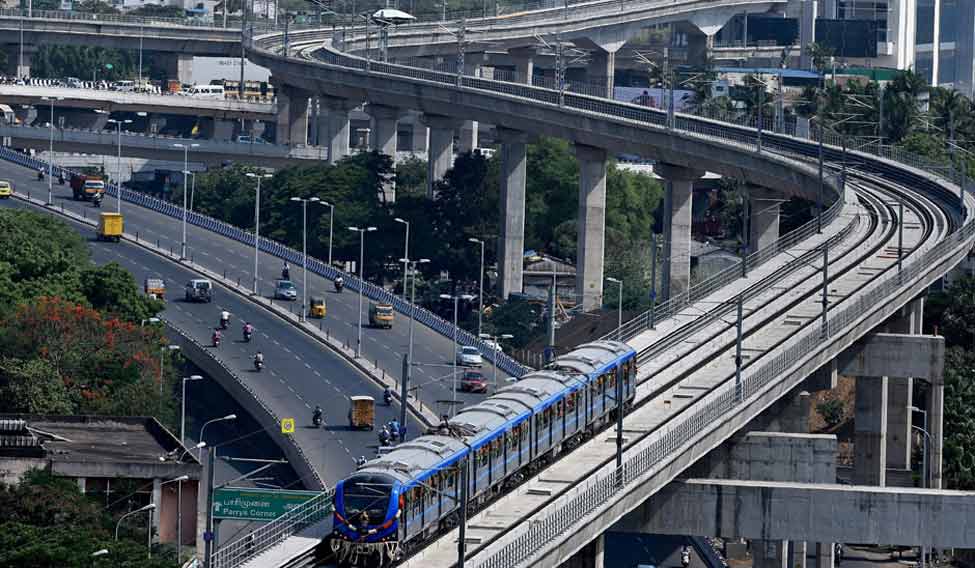 A total of 1,189 sq km Chennai Metropolitan Area currently has real-time air quality monitors that measure the levels of PM 2.5 at only four locations | PTI

The residents of Chennai are breathing unhealthy air most of the time, claims a real-time, first of its kind citizen-led air quality monitoring network on Monday.

The data collected a daily average of the levels of the dangerous tiny particulate matter, known as PM 2.5, which lodge deep in human lungs, in Kuruvimedu (Vallur), Kodungaiyur, Anna Salai at Teynampet and Mugatwarakuppam in Ennore, ranging from unhealthy to hazardous for more than 80 per cent of the time.

The data was collected from January 1 to January 23 in all the locations.

The founder and trustee of New Delhi-based Lung Care Foundation Arvind Kumar said that the data indicates that residents are breathing unhealthy air most of the time.

Air quality in Eldams Road near Teynampet was better with 10 days out of 16 daily measurements, revealing air quality within the 24-hour Indian PM 2.5 standard of 60 micrograms (ug)/m3.

Surprisingly, none of the locations had any day where air quality was within the more stringent World Health Organisation (WHO) 24-hour standard of 25 ug/m3.

All locations recorded hazardous levels (above 180 ug/m3) of PM 2.5 on January 13, the day of Bhogi festival.

A joint project of Chennai-based Huma Lung Foundation, the Other Media's Healthy Energy Initiative and Mumbai-based UrbanSciences, the citizen air monitoring exercise will display its results on website atmos.urbansciences.in.

The website will continuously report readings of PM 2.5 from the five locations.

Researchers say a separate assessment in Minjur area in addition to these five locations from December 2017 to this month revealed air in all locations in the city was loaded with toxic pollutants such as silica and metals like iron, nickel, manganese, lead and sulphur at levels that were many times higher than less polluted background concentrations for urban air.

The proportion of PM 2.5 pollution-related diseases caused 1.1 million premature deaths in India in 2015.

Older adults, people with heart and lung disease, children and pregnant women, are particularly at risk.

"The WHO says no safe levels of nickel can be recommended for this human carcinogen."

Levels of these metals accounted for roughly 15 per cent of PM 2.5 in ambient air samples. Urban air quality that is impacted primarily by vehicular emissions and other point sources typically should not exceed one per cent of total PM 2.5.

"Considering that aluminium, iron, calcium, silicon that are enriched in coal ash are also enriched in the Chennai dust samples, and given the cluster of coal-fired thermal plants in Ennore, it is reasonable to assume that coal ash dust is a significant contributor to Chennai's air pollution," said Shweta Narayan of Healthy Energy Initiative, India.

Each air monitor costs Rs 15,000 and does not have any significant operational costs.

A total of 1,189 sq km Chennai Metropolitan Area currently has real-time air quality monitors that measure the levels of PM 2.5 (a crucial indicator of dangerous pollution) at only four locations.

Your form could not be submitted.
This browser settings will not support to add bookmarks programmatically. Please press Ctrl+D or change settings to bookmark this page.
Topics : #Chennai