Ahead of Modi's Mumbai visit, his wife fasts for slum dwellers 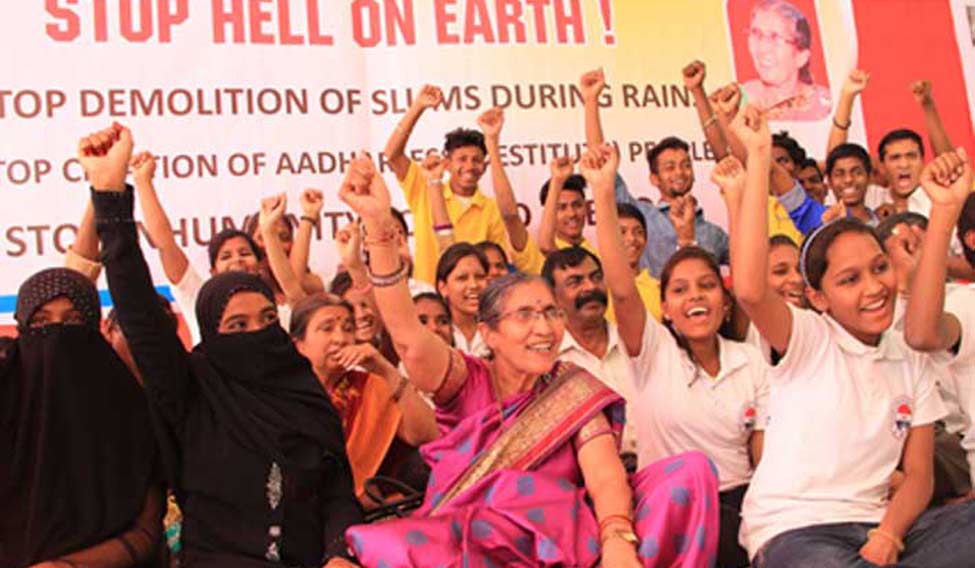 In a development that took many here by surprise, Prime Minister Narendra Modi's wife Jashodaben on Friday joined members of an NGO on a day-long token hunger strike in support of slum dwellers here.

Jashodaben—whose arrival was not known even to the local police—was flanked by five National Security Guard commandos as she joined 'Good Samaritan Mission' non-governmental organisation's volunteers to demand a halt to demolitions of slums in Mumbai during the monsoon.

"Every year, we witness the inhuman spectacle of hundreds of slums being demolished just before or during the monsoon and people being thrown out in the streets. We are demanding that the authorities concerned should put a stop to this practice," Brother Peter Paul Raj, Good Samaritan Mission founder and ex-aide of Mother Teresa, said at the protest venue.

Jashodaben sat on the token hunger strike for a few hours before departing without much fanfare.

Brother Raj said Jashodaben's presence and support would prove invaluable for the cause of the slum dwellers and their children who are the worst sufferers of demolition activities.

Prime Minister Narendra Modi is scheduled to launch the high-profile 'Make In India Week' here on Saturday evening in the presence of a galaxy of VVIPs, including three foreign heads of governments.

Your form could not be submitted.
This browser settings will not support to add bookmarks programmatically. Please press Ctrl+D or change settings to bookmark this page.
Topics : #Make in India