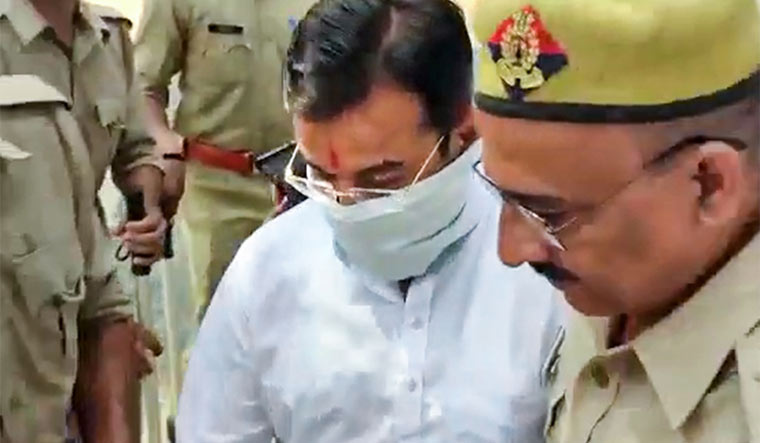 As per the order pronounced by a bench of Justices Surya Kant and J K Maheshwari, Mishra cannot live in Uttar Pradesh or Delhi and its nearby areas while he is out on bail. He has to leave Uttar Pradesh within one week and any attempt by Mishra or his family to influence witnesses would lead to his bail being cancelled.

The bench on January 19 reserved its order on Mishra’s bail application.

The incident happened on October 3, 2021, wherein eight people were killed in Lakhimpur Kheri district's Tikunia. The killings happened when the farmers were protesting against the then deputy chief minister Keshav Prasad Maurya's visit to the area.

Four farmers were mowed down by an SUV in which Ashish was seated, as per the FIR filed by Uttar Pradesh police. Following the incident, the driver of the SUV and two BJP workers were allegedly lynched by angry farmers. A journalist also died in the violence.

A total of 13 accused, including Ashish Mishra, have been charged under IPC sections 147 and 148 related to rioting, 149 (unlawful assembly), 302 (murder), 307 (attempt to murder), 326 (voluntarily causing grievous hurt by dangerous weapons or means), 427 (mischief) and 120B (punishment for criminal conspiracy), and section 177 of the Motor Vehicle Act.

Mishra's bail plea was rejected by the Lucknow bench of the Allahabad High Court last July. Following this, Mishra challenged the high court’s order in the apex court.

Earlier during the bail plea hearing, the Supreme Court had observed that an accused should not be incarcerated for an indefinite period unless he is proven to be guilty of an offence.

The court said the worst victims in the case are those farmers languishing in jail and if Ashish Mishra is not granted anything, then they are also likely to remain in jail.

"To us, this is not one petitioner before us. My principle has been for the last 19 years that I never see the victim who is before me, I also see the victims who cannot come to court and they are the worst victims. You want us to open our mouths. The worst victims are those farmers who are also languishing in jail. Who is going to look after them? If this man is not granted anything, then nobody is going to grant them. They will remain in jail for times to come. The trial court has already rejected their bail," Justice Kant observed orally.