The surprise announcement hints at widening rift within the family 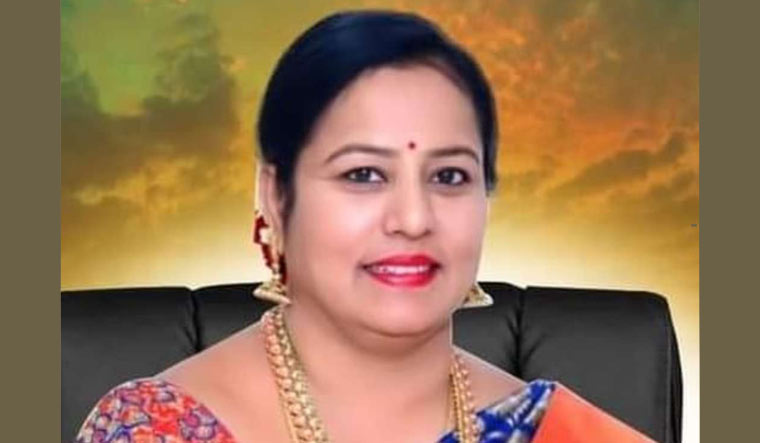 JD(S) patriarch and former prime minister H.D. Deve Gowda's daughter-in-law Bhavani Revanna created a flutter in the party circles after she declared her candidature for the upcoming Assembly elections from Hassan. The regional party that has been facing criticism for its "family-centric" politics is yet again under scrutiny by the party leaders, party workers and supporters as Bhavani, wife of Holenarsipur MLA H.D. Revanna, is known to be nursing political ambition and will be the seventh member of the family to enter electoral politics.

While Deve Gowda is a Rajya Sabha member, his two sons and daughter-in-law—H.D. Kumaraswamy (Channapatna), H.D. Revanna (Holenarsipura) and Anitha Kumaraswamy (Ramanagara)—are MLAs. His grandsons Prajwal Revanna (Hassan MP) and Suraj Revanna (MLA) are also into active politics. His grandson Nikhil Kumaraswamy, who was defeated in the 2019 Lok Sabha polls in Mandya, will be contesting from Ramanagara in the upcoming Assembly polls.

Bhavani's sudden announcement of her candidature during the Annappa temple inauguration in Hassan has not only surprised the party workers but is  also hinting at a widening rift within the family. Former chief minister H.D. Kumaraswamy was in favour of  H.P. Swaroop, son of former MLA late H.S. Prakash, contesting  the Hassan seat, currently held by BJP's Preetham Gowda. The party that announced 126 candidates in its first list did not announce the candidates for Hassan district as the Revanna family was upset over Kumaraswamy projecting Swaroop as the official candidate of the party.

"The party has decided to field me from Hassan and my name will be announced shortly. Last time, the Hassan seat was won by the BJP. So, the development work is pending," said Bhavani, a former zilla panchayat member.

Bhavani seems to have taken up the challenge to defeat Preetham Gowda as the BJP leader had alleged Revanna's excess interference was stalling development work in his constituency.

"I dare Revanna to contest from Hassan and I will defeat him by 50,000 votes," Preetham Gowda had said.

Swaroop asserted that he had been visiting the villages and wards and campaigning as the party has indicated he would be the candidate.

"Our party and Kumaraswamy will soon officially announce the candidature,"he said.

Meanwhile, Prajwal Revanna, who is touring Kodagu, tried to play down his mother's statements. "Nobody gets to decide. Neither Kumaraswamy nor Revanna, as Mr Deve Gowda will have the final say," said Prajwal.