After Himachal win, Congress says not worried about 'poaching'; BJP says 'your job to protect MLAs'

Congress MLAs have been elected, it is their job to protect majority: Jai Ram Thakur 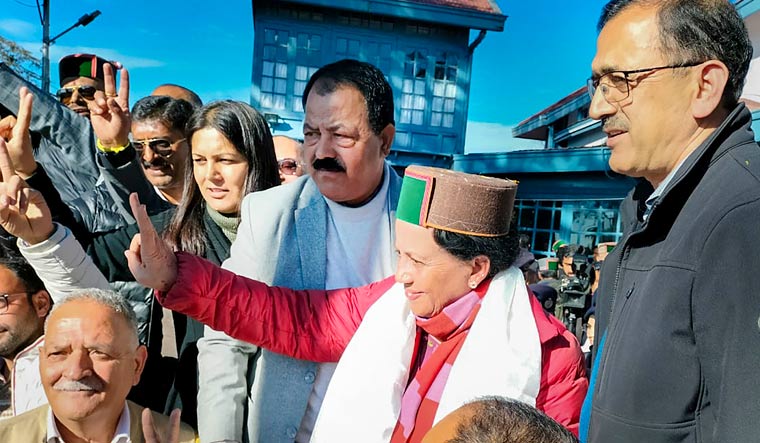 The Congress, on Thursday, appeared to be heading to register an impressive victory in Himachal Pradesh as it surged ahead of the ruling BJP, winning or leading in 39 of 68 assembly seats.

"I respect the mandate. In a short while, I am going to hand over my resignation to the governor," Thakur told reporters.

It is to be noted that Himachal Pradesh has not voted any incumbent government to power since 1985.

Chhattisgarh Chief Minister Bhupesh Baghel had said earlier in the day that it is important for the Congress to protect its leaders from horse trading.