Noted economist, served in various roles including MoS for Planning 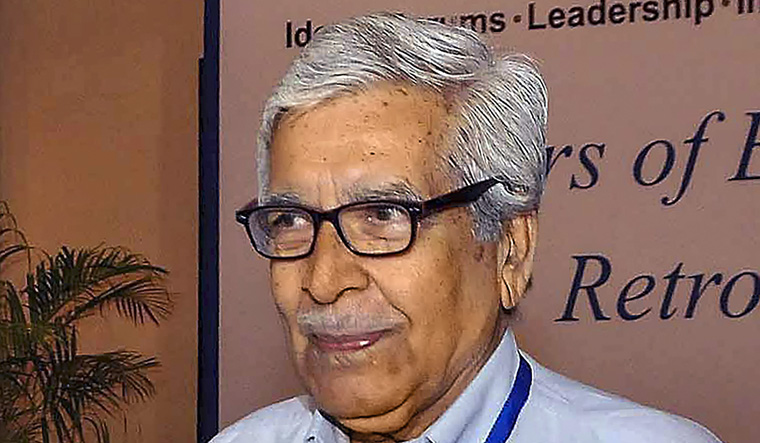 Noted economist and former Union minister Yoginder K. Alagh passed away in Ahmedabad on Tuesday after a prolonged illness, his family said.

Alagh (83) was an emeritus professor at the Sardar Patel Institute of Economic and Social Research (SPIESR) in Ahmedabad. He was not keeping well for some time, his son Munish Alagh said, adding his father breathed his last on Tuesday evening.

Alagh was elected to Rajya Sabha from Gujarat in 1996 and remained a member of the Upper House till 2000.

He served as the Union minister of state for Planning and Programme Implementation, Science and Technology and Power during 1996-98. He also served as the chairman of the Institute of Rural Management Anand (IRMA) from 2006 to 2012.

Prime Minister Narendra Modi expressed anguish over the death of Alagh and said he was a distinguished scholar passionate about various aspects of public policy, particularly rural development.

Dr.Umakant Dash, Director, IRMA, said Dr Alagh was a revered figure in the sphere of agriculture economy in the nation.

"He was chairman of IRMA from 2006-2012. In his tenure, he brought a sea-change to the Institute's culture and approach to its academic endeavours, particularly with the introduction of the crucial Academic Council," Dash said in a statement.

“Alagh's demise is an irreparable loss not only to IRMA but also to the whole nation,” he added.

Alagh was a Member of the Planning Commission and had also served as the chairman of the Bureau of Industrial Costs and Prices in the Ministry of Industry.

Former Vice-Chancellor of Gujarat Vidyapith, Sudarshan Iyengar, said Alagh's contribution to the planning of the Narmada project was also remarkable.

"He was fond of introducing himself as the professor working at SPIESR. Since his wife Rakshaben is a Gujarati, Alagh used to say that he is Gujarat's son-in-law. He was also the chairman of the Narmada Planning Group, which worked for the overall planning of the Narmada project in Gujarat," said Iyengar.