Part of the party’s preparation for the impending elections 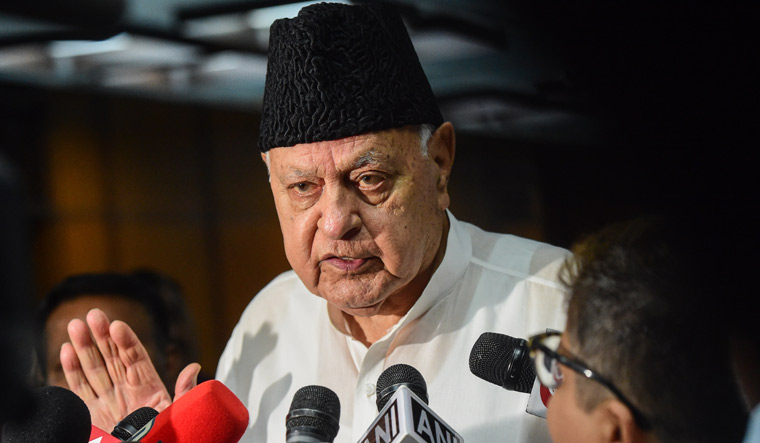 Farooq Abdullah on Monday was re-elected unopposed as president of the National Conference (NC).

The polls were held at Naseem Bagh in Srinagar after observing the 117th birth anniversary of Sheikh Mohammad Abdullah, the patriarch of the party.

NC spokesman Imran Nabi Dar told THE WEEK that all the delegates who comprise the electoral college of the party unanimously supported Abdullah’s candidature for the presidency unopposed.

Abdullah’s re-election comes in the wake of Dar’s statement last month that “Dr. Farooq Abdullah Sahib has informed his colleagues of his decision to step down as president of JKNC”. Dar had said that despite efforts by senior party colleagues urging Abdullah not to take such a step, he was adamant about sticking to his decision.

Abdullah’s re-election has come as a surprise to many NC members as there were not sure whether he would take part in the exercise. Analysts believe that Abdullah’s re-election suggests that the NC leadership and workers believe that under his presidency the party stands to gain and will rejuvenate the grassroots in view of the impending elections where NC will be the main rival for the BJP which aims to dislodge the regional parties and grab power.