Border dispute: Ajit Pawar slams Bommai; asks what parts of K'taka will be given to Maharashtra 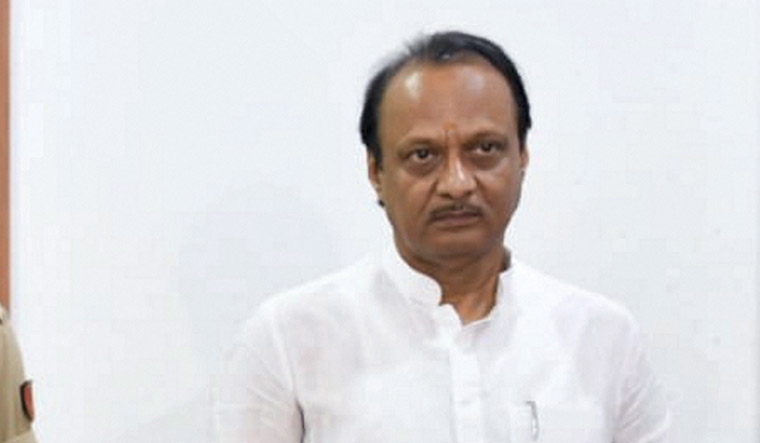 Maharashtra leader of opposition Ajit Pawar, on Wednesday, lashed out at Karnataka Chief Minister Basavaraj Bommai over the issue of the Maharashtra-Karnataka border dispute.

"Does he (Bommai) think that Maharashtra is a tin pot state and he can get away with anything," said Pawar while reacting to the CM's statement that Kannada-speaking parts of Maharashtra's Solapur district like Akkalkot should be given to Karnataka.

Pawar said Bommai should first agree to give Maharashtra, the Marathi-speaking regions of Karnataka, including Belagavi, Karwar and Nipani and more than 800 villages that are Marathi-speaking.

Pawar's uncle and NCP founder Sharad Pawar too felt that Bommai should first come forward with what he was going to give to Maharashtra if he wanted certain Kannada-speaking parts from Maharashtra.

Ajit Pawar said Prime Minister Narendra Modi should immediately intervene and ask Karnataka chief minister not to make such statements. "Tomorrow he (Bommai) can claim stake in Mumbai saying there is a sizable number of Kannada-speaking people in Mumbai."

Maharashtra government has appointed two ministers—BJP's Chandrakant Patil and Shinde group's Deepak Kesarkar—as nodal ministers to coordinate with Maharashtra Ekikaran Samiti (Maharashtra Unification Committee) that has been fighting with Karnataka government over the issue of merger of Marathi speaking parts into Maharashtra.

With BJP in power both in Maharashtra and Karnataka, the party has to do a tightrope walk of keeping people from both states happy without siding with anyone state.

Deputy Chief Minister Devendra Fadnavis and Chief Minister Eknath Shinde have told nodal ministers that they must make sure that state's case is well argued before Supreme Court when the issue comes up for hearing.