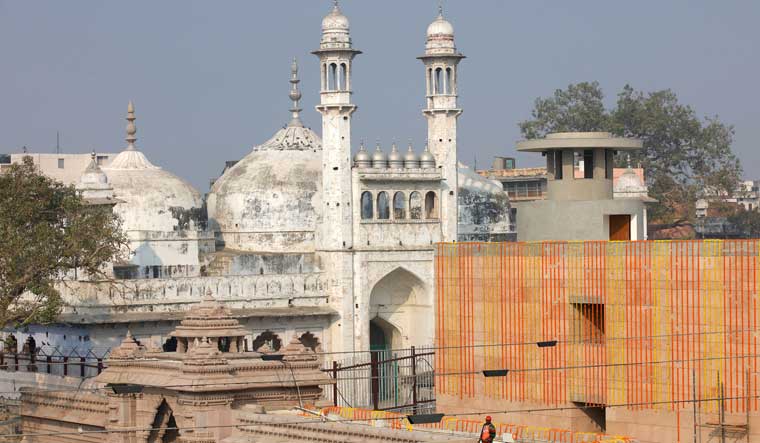 The Supreme Court on Friday extended the interim order granting protection of the area where a 'shivling' was claimed to have been found inside the premises of the Gyanvapi mosque. A bench comprising Chief Justice of India DY Chandrachud, Justice Surya Kant and Justice PS Narasimha extended the May 17 order until further orders.

The bench allowed the Hindu parties to move an application before the Varanasi district judge for consolidation of all the lawsuit filed on the Gyanvapi row. It also directed the Hindu parties to file their replies within three weeks on the appeal filed by the management committee of the Anjuman Intezamia Masjid challenging the Allahabad High Court order on the appointment of a survey commissioner.

The mosque is located close to the iconic Kashi Vishwanath temple. In May, the SC had directed the district magistrate of Varanasi to ensure protection of the area inside the Gyanvapi complex where a 'shivling' is said to have been found during a survey and allowed Muslims to offer namaz and perform religious observances.

The videography survey of the mosque complex was ordered by the Varanasi court in response to pleas by five Hindu women seeking permission to perform daily worship of deities Shringar Gauri, Lord Ganesha, Lord Hanuman and Nandi whose idols are located on the outer wall of the Gyanvapi mosque.

The mosque committee rejected 'shivling' claims and said that the structure was in fact a fountain. The Gyanvapi mosque management committee (Anjuman Intezamiya Masjid) said the mosque is a Waqf property and questioned the maintainability of the plea. On September 12, the Varanasi district court dismissed the Masjid committee's plea, and held the petition is maintainable.