Gujarat DGP had ordered probe into the incident 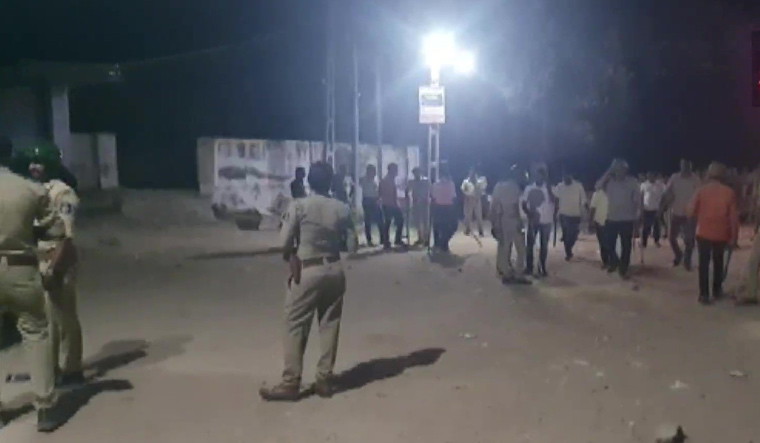 Even as a probe has been ordered by the Gujarat Police chief into the flogging of a few Muslim men by the police over a stone pelting incident in Kheda district, a legal notice has been severed demanding an inquiry by a retired high court judge.

DGP Ashish Bhatia had, on Thursday, asked Range IG Ahmedabad to conduct a probe into the incident.

Muslims had protested against garba being organised near a mosque and had pelted stones. Seven persons, including a policeman, were injured.

Rights activist Anand Yagnik, on behalf of his client Mujahid Nafees (also an activist), demanded an inquiry by a retired high court Judge.

Nafees said an inquiry by a police officer against his brother cops does not bring in confidence. He claimed that such a probe would be biased. He had also issued a notice on Thursday demanding action against erring police officers.

The action taken by the police to beat up the accused in full public glare had received widespread criticism. A video of the incident had gone viral.