How dairy politics is playing out in north Gujarat

Vipul Chaudhary was arrested for alleged irregularities worth Rs 800 crore 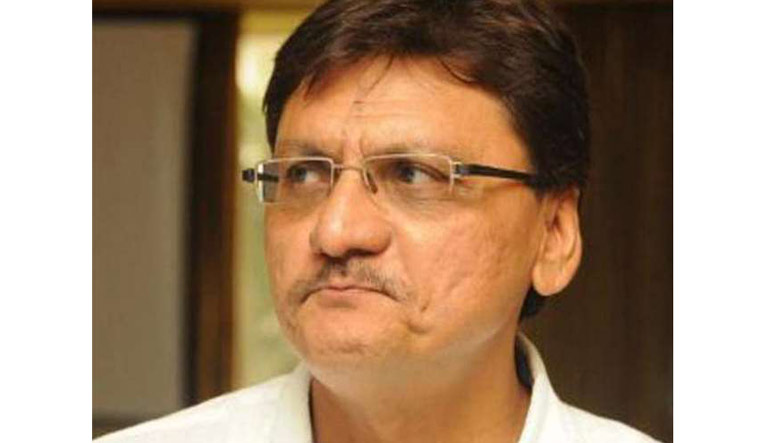 For nearly a fortnight now, the Chaudharys of north Gujarat have been protesting against the arrest of former minister Vipul Chaudhary.

A member of the ruling BJP in Gujarat, Chaudhary had once sided with Shankersinh Vaghela during a rebellion. He has been arrested on the alleged charges of irregularities worth Rs 800 crore in Dudhsagar Dairy during his tenure as the chairman.

The protests by the Anjana Chaudharys, who are similar to Jats of north India, could prove disadvantageous to the ruling BJP, as they can influence 32 of the 53 seats in north Gujarat.

Spokesperson of the Arbuda Sena, Rajan Chaudhary, told THE WEEK that they would continue their protests on Gandhian lines if Vipul Chaudhary is not released. He claimed that the allegations against their leader were baseless and that he is a political victim.

Arbuda Sena was set up by the former minister about 10 months ago in a bid to unite the community members and help dairy farmers.

Pointing out the Chaudharys' influence, Rajan said the people of the community will not listen to anyone if the harassment of their leader continues.

Without naming any BJP leaders, Rajan alleged that there are couple of leaders within the party who feel threatened of Vipul Chaudhary’s stature.

The Arbuda Sena on Wednesday gave a point-wise rebuttal of allegations against Vipul Chaudhary. Rajan went on to say that the accounts were checked by the auditor and then the registrar as well. If at all there were any irregularities, why did they not point them out and why no action is being taken against them.

Vipul Chaudhary was the chairman of the Dudhsagar Dairy, founded by his father Mansinh, from 2005 to 2016.

The FIR against him also names his wife and son, and chartered accountant Shailesh Parikh. Vipul Chaudhary and Parikh were arrested in mid-September.

While the BJP has preferred to remain silent on the issue of Vipul Chaudhary, opposition Congress leaders have been alleging that it is an attempt to control Vipul Chaudhary.

Performing well in north Gujarat is crucial for the BJP if it needs to improve its tally of 99 seats in the 182-member assembly of the 2017 elections.

The party currently has four big leaders in the north, one of whom is Vipul Chaudhary. Others are former deputy chief minister Nitin Patel from Mehsana, health minister Rushikesh Patel from Visnagar and former minister Shankar Chaudhary, who is also the chairman of Banas Dairy.

No soon was Vipul Chaudhary arrested, political grapevine had it that the arrest was to cut him to size, and also to benefit other leaders.