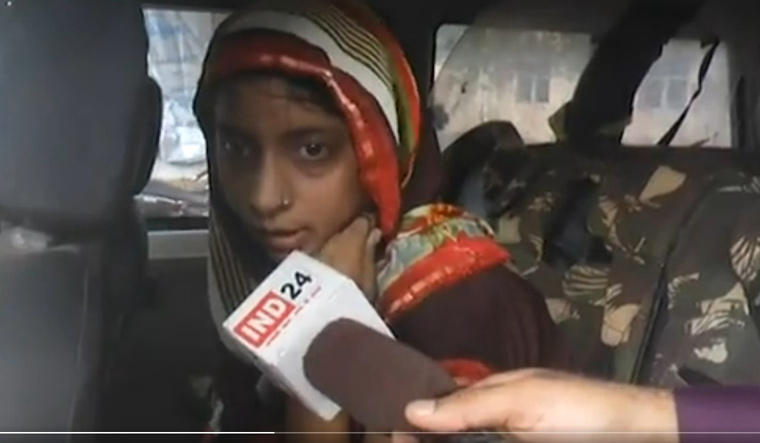 In a shocking incident, a 27-year-old mother allegedly killed her newborn twins within a fortnight of their birth, driven by poverty and taunts of her in-laws about economic means for bringing up three children.

The woman has a three-year-old daughter and had been misleading the police about her "missing" babies by changing her statements repeatedly over the past four days. She confessed to strangling the babies, on Tuesday.

The accused, Sapna Dhakad, and her husband Brijmohan Dhakad, residents of Kolar Road, had filed a complaint at T.T. Nagar police station in Bhopal on September 23 saying the newborn kids had gone missing after Sapna had come out of home with them in the wee hours.

Assistant commissioner of police (T.T. Nagar) Chandra Shekhar Pandey said the statements and the behaviour of the woman led them to suspect from the beginning that there was something amiss. In her initial statement, she said she was unaware of the whereabouts of the kids and did not know how they went missing. When her husband called her up on September 23 morning after finding her and the kids missing from home, she refused to say anything about the kids. Later, she told him that the kids had gone missing, following which a police complaint was filed.

Pandey said when they checked CCTV footage, it became clear that Sapna had left her home with the babies alone around 4.30am on September 23. Later, when she boarded a bus to Rangmahal Square, she did not have the babies with her. In a police search, the clothes of the baby were found on the same night near Habibganj police station, about 1.5km from her home.

“Though we suspected her, we did not interrogate her too intensively for four days and as the accused had a caesarian section (for childbirth) just a fortnight ago (September 7) and seemed psychologically and physically unwell. She was allowed to take medical treatment and rest and questioned again on Tuesday, when she confessed to the crime,” Pandey said. The officer said the accused told them that she was disturbed by in-laws’ taunts and the fact that her husband was unemployed.

She also took the police to a spot near Habibganj police station, where the bodies of the babies were recovered. However, talking to a section of the media later, Sapna claimed that her husband had asked her to kill the babies as he was unemployed and asked her what she would feed the babies. Pandey said their probe shows that the accused was alone in the crime, though it might have been committed in a psychologically disturbed state.

Her state of mind is indicated by the fact that Sapna kept changing her version repeatedly during the past few days, claiming first that she had kept the children on footpath near Rangmahal and gone to a public lavatory when they were taken away; then she said a witch had taken away the kids. Her parents told police that often Sapna was under influence of goddesses and even got her treated by a traditional witch doctor. She was finally treated at the JP district hospital on Monday and the police interrogated her when she was released on Tuesday.

Opposition Congress pointed out that it was unemployment that led to the shocking crime. Party spokesperson Narendra Saluja tweeted a video of the accused speaking to a media person with the caption: “In the sensational murder of twin babies in Bhopal, the mother tells the media that her husband got the murders done due to unemployment. Husband would say what you will feed them. A family has been destroyed in the capital of the state due to unemployment.”