Yamuna had breached the danger mark of 205.33 metres on August 12 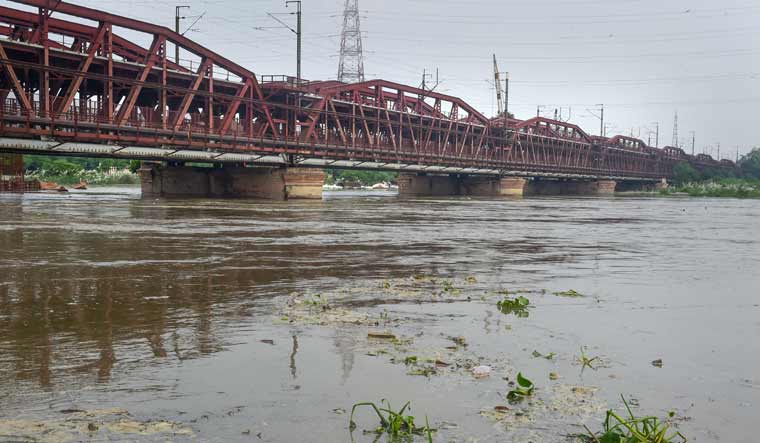 Authorities on Tuesday started evacuating people living in the low-lying areas near the Yamuna banks in Delhi with the water level in the river rising to 206.18 metres, much above the danger mark of 205.33 metres and the highest this year so far, following incessant rains in the upper catchment areas.

"People living in low-lying areas near the riverbanks are being evacuated and shifted to higher grounds. Arrangements have been made for their stay at government schools and night shelters in nearby areas," he said.

Announcements are being made to caution people about a further increase in the water level, Banka said.

The low-lying areas near the river in Delhi are considered vulnerable to flooding. They are home to around 37,000 people. This is the second time within two months that the authorities are evacuating the people living in the river floodplains due to flooding.

The Yamuna had breached the danger mark of 205.33 metres on August 12, following which around 7,000 people were evacuated from the low-lying areas near the riverbanks.

The water level had shot up to 205.99 metres on August 13 before the river started receding. The Delhi flood control room said the water level at the Old Delhi Railway Bridge crossed the evacuation level of 206 metres at 5.45 am on Tuesday. The river swelled to 206.18 metres by 9 am. It predicted that the water level may increase to 206.5 metres between 3 pm and 5 pm.

The authorities reported a discharge rate of around 96,000 cusecs at 7 am from the Hathnikund barrage in Haryana. The discharge rate was 2,95,212 cusecs at 6 am on Monday, which is the highest so far this year. One cusec is equivalent to 28.32 litres per second.

Normally, the flow rate at the Hathnikund barrage is 352 cusecs, but the discharge increases after heavy rainfall in the catchment areas. The water discharged from the barrage normally takes two to three days to reach the national capital.