Rahul told me a non-Gandhi should be Cong president: Gehlot

Ashok Gehlot said he will file the nominations soon 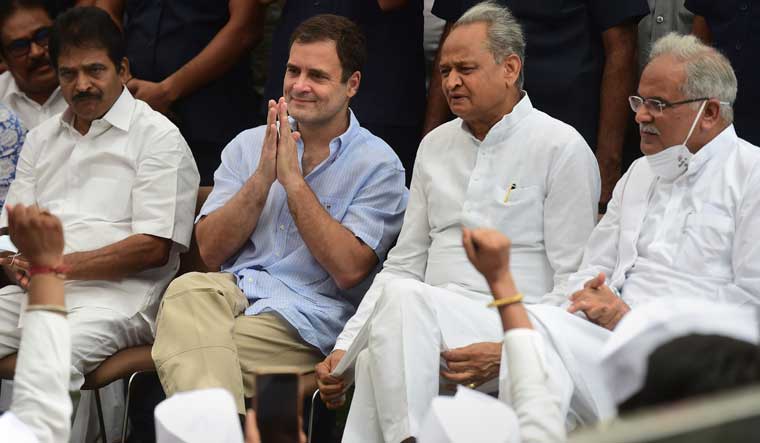 Confirming that he is in the fray for the Congress party president's post, Rajasthan Chief Minister Ashok Gehlot said on Friday that Rahul Gandhi has made it clear that no one from the Gandhi family should become the party chief.

Gehlot, who was in Kerala to join Rahul Gandhi's 'Bharat Jodo Yatra,' said: "I requested him multiple times to accept everyone's wish that he returns as Congress President. He told me he had decided that no one from the Gandhi family should become the next chief."

"Rahul ji told me ‘I know they want me to be chief and I respect their wishes but I have decided, for a reason, that a non-Gandhi should be Congress president," he added.

The senior leader, who will take on Shashi Tharoor for the post, added that he will fix the date to file the nominations soon. "It's a need for the opposition to be strong, looking at the current position of the country," Gehlot added.

On Thursday, Rahul confirmed the "one person, one post" norm in the party amid reports that Gehlot would seek to retain his chief ministerial post if he became the Congress president. This means that Gehlot will have to resign from the post of chief minister if elected, thereby paving way for his rival Sachin Pilot.

However, speculations are rife that Gehlot would want one of his loyalists to take over as the chief minister and is likely to suggest the name of Speaker C.P. Joshi to the post.