Heavy rain in Delhi throws traffic out of gear, schools shut in NCR

The IMD predicts more rain over the weekend 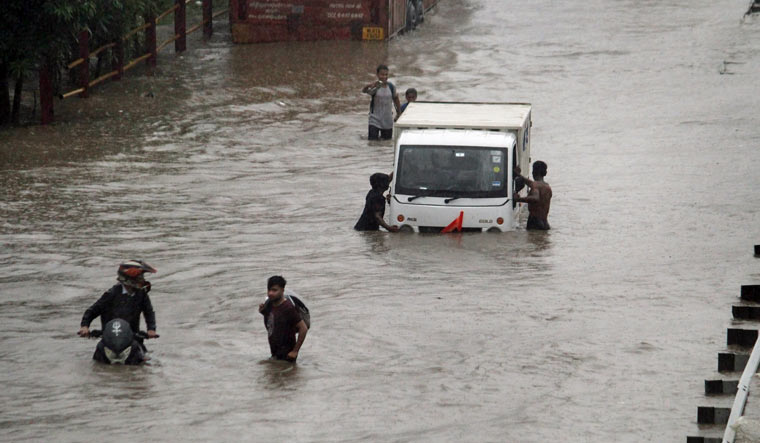 Heavy rain lashed parts of NCR and Delhi on Friday, throwing the traffic out of gear and causing waterlogging in several areas. According to the Indian Meteorological Department (IMD), more rain was expected over the weekend.

Delhi has been witnessing an incessant spell of light to moderate rain for the past two days, following which the IMD had issued a 'yellow alert'.

The national capital reportedly received 40.8 mm of rainfall between 5.30 pm on Thursday, and 8.30 am on Friday.

Besides Delhi, parts of Gurugram also were submerged in the showers, forcing the Gurugram District Administration to issue advisory for all corporate companies, and private institutions to allow their employees to work from home. Several parts of the NH-48, especially the low-lying areas were waterlogged.

All government and private schools till class 8 across Noida and Greater Noida in Gautam Buddh Nagar were shut Friday due to rains.

In Uttar Pradesh, 13 people reportedly died and another 11 were injured in rain-related incidents including lightning and wall collapse.

Meanwhile, the fresh spells of rains just before the withdrawal of monsoon from the NCR will help cover the large deficit (46 per cent till September 22 morning) to some extent. It would also keep the air clean and the temperature in check.

The IMD on Tuesday said the southwest monsoon had withdrawn from parts of southwest Rajasthan and adjoining Kutch, three days after the normal date of September 17.     Usually, it takes around a week after its withdrawal from west Rajasthan for the monsoon to retreat from Delhi.