Mamata doesn't see Modi's role in ED-CBI raids. What is behind her changed approach

West Bengal CM, however, has been targeting Amit Shah 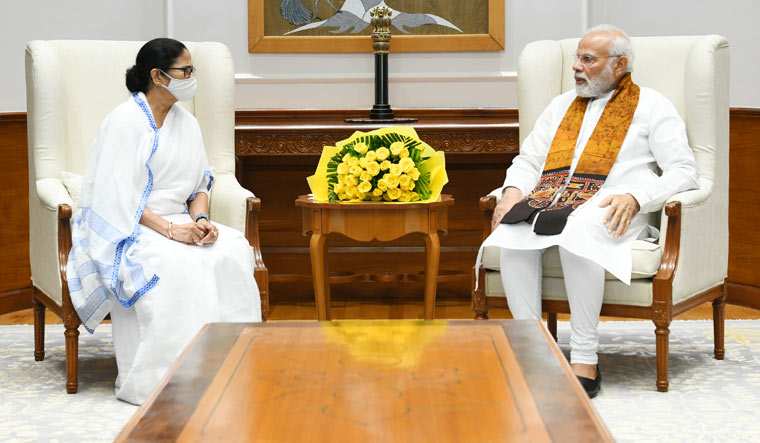 West Bengal Chief Minister Mamata Banerjee is known to create political confusion. Recently she lambasted the BJP for ED and CBI investigations against her partymen and family members, but surprisingly spared Prime Minister Narendra Modi saying, “I don’t think the PM has any role in this.”

Her comments triggered another question—who was she trying to target? TMC sources indicated that it was Union Home Minister Amit Shah. Earlier also Mamata came down heavily on Shah, pointing a finger at his son’s rising wealth. She also connected Shah to all the problems—from the investigation on usage of central funds, to the NIA, ED and CBI probes in Bengal.

Her nephew and MP Abhishek Banerjee also slammed Shah after the former was interrogated by the ED for seven hours. “Amit Shah is the biggest Pappu in India,” Abhishek said. 'Pappu' is usually used by the BJP to refer to Congress leader Rahul Gandhi.

Even if Mamata has given a clean chit to Modi, no investigation would be possible without a go-ahead from the prime minister. Except for the NIA, which Mamata did not mention in her recorded speech in the assembly, no other agencies come under the Union home ministry. ED comes under the finance ministry and CBI is directly looked after by the PMO.

So, did Mamata try to indicate that Shah is by and large working as a shadow prime minister? She also fears that if the BJP comes to power in the next Lok Sabha election, Shah would take over the PM post from Modi midway as Modi would cross 75 years then, TMC sources said.

“And in that case, Shah would be more dangerous than Modi. So we are working to block BJP from coming to power in 2024,” said a TMC MP.

BJP sources added more twists to the ongoing drama. They said Mamata was irked by the fact that she has been denied a meeting with Shah, despite several requests. “She tried several times to get an appointment with the Union Home Minister. While the PM always meets chief ministers, the home minister refused to give an appointment to the West Bengal chief minister when cases are being filed by central agencies against her family and party members,” said a national BJP leader.

The incidents of post-poll violence in Bengal have upset Shah as many BJP workers are still unable to return to their homes. Shah is also unofficially in charge of Bengal. What happened in Bengal since the declaration of election results last year did not go down well with him, according to sources.

The Union Home Ministry, however, has decided dates for the next Eastern Zonal Council meeting, which is always chaired by the home minister.