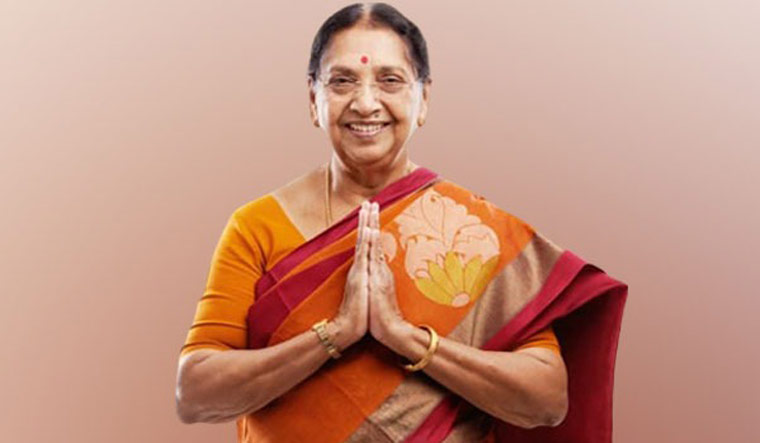 DMK deputy general secretary Subbulakshmi Jagadeesan has resigned from the party post and its primary membership, saying she is “quitting active politics”.

Subbulakshmi was a minister in M.G. Ramachandran's cabinet from 1977 to 1980 and in Karunanidhi’s cabinet from 1989-1991. In her letter to party president M.K. Stalin, the senior leader said she was stepping down from active politics, with the satisfaction on the DMK government’s “appreciable performance” in the last one year.

“Stalin’s governance is fetching laurels globally. It gives me immense satisfaction hearing these appreciations. With this satisfaction and as per my long term wish of retiring from politics, I have sent my resignation letter to the party president on August 29,” she said.

Recalling her desire not to contest elections after completing her Lok Sabha tenure in 2009, Subbulakshmi pointed out that she continued to get involved in party work to strengthen the hands of   DMK patriarch M. Karunanidhi. “After the death of Kalaignar, I worked for the party only to ensure that Thalapathy becomes the chief minister,” she said in the statement.

The 75-year-old leader is the second general secretary to quit the DMK since the demise of Karunanidhi. Earlier V.P. Duraisamy had quit the party only to join the BJP.

Though Subbulakshmi has cited health reasons for her resignation, party insiders say that she had been unhappy with the party high command for not acting on her letter in which she criticised the local leaders for her defeat in 2021 assembly polls. Subbulakshmi had lost elections from Modakurichi constituency to BJP’s Saraswathi by 281 votes. If she had won, she would have been the first choice for the post of assembly speaker.

Subbulakshmi apparently has not participated in any of the party events in the recent past. She also abstained from the Mupperum Vizha, DMK’s significant event, every year, celebrating Periyar, C.N. Annadurai and the launch of the party.

Party insiders, however, said that the leadership was also in favour of Subbulakshmi quitting, as her husband Jagadeesan has been making comments against the party and housing minister Muthusamy on his social media pages.

Just hours before Subbulakshmi announced her resignation on Monday, Stalin got into a huddle with the party seniors to discuss the district secretary elections, for all its 65 districts. The election is likely to be held from September 22 to 25. The DMK had recently reorganised its party districts ahead of the district secretary elections. The reorganisation, according to an announcement by party general secretary Durai Murugan, was done for administrative convenience and effective functioning of the party. The reorganisation was done mostly in the western districts, particularly Coimbatore and Tiruppur.

The party’s general council is likely to meet in October to re-elect Stalin as the party president and to validate the elections in the party. Sources said Kanimozhi is likely to be elevated to the post of the deputy general secretary as at least one woman should hold the post, according to the party constitution. Party insiders also said that Kanimozhi could be the natural choice as she is looked at as the woman face of the DMK and is also one of the point persons in Delhi.