Family alleges the girls were abducted and murdered 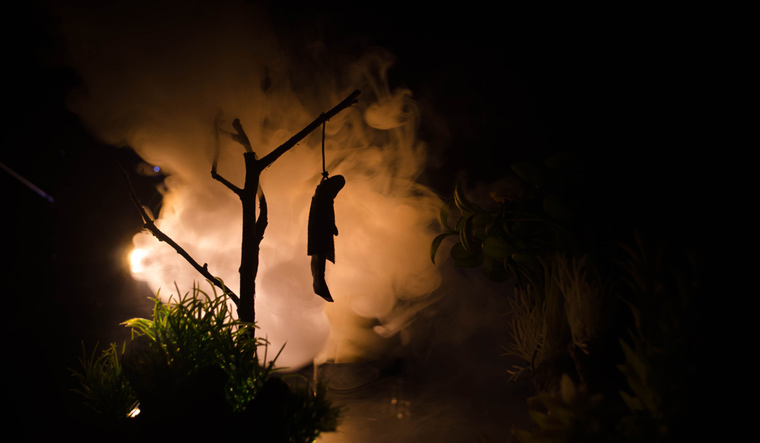 Bodies of two minor dalit sisters were found hanging from a tree in Uttar Pradesh's Lakhimpur Kheri on Wednesday evening. The matter came to light when locals blocked the main road and stopped the police from taking the bodies for postmortem.

According to the girls’ father, Rampal, his daughters, aged 15 and 17, had been abducted by three motorcycle borne miscreants on Wednesday afternoon when they were outside their home to cut fodder for their cattle. Rampal was then not at home and the incident was witnessed by his unwell wife. When his wife ran after the motorcycle, she was kicked by the culprits. Her cries drew the attention of neighbours who then began to search for the girls in the sugarcane fields around the village. After almost an hour, the two sisters were found hanging from a tree in a field with a red dupatta around their necks.

One sister wore a black kurta and was placed higher than the other dressed in a pink kurta. The latter’s feet touched the ground—an indication that it was unlikely to be a suicide.

The girls were residents of Tamboli Purwa village in the Nighasan block.

Around 7.30 pm, Sanjiv Suman, Lakhimpur’s Superintendent of Police stepped in to pacify the angry villagers. Suman convinced them to clear the road. Later, the villagers followed the ambulance, which carried the bodies of the girls, on motorcycles.

Though the family is alleging that the girls were murdered, an FIR is yet to be filed.

Inspector General, Lucknow range, Laxmi Singh has left for Lakhimpur to take control of the situation.

In February 2019, two girls were found hanging from an electric pole in the same district. The postmortem report had revealed that they had been strangulated.

Wednesday’s incident is eerily similar to the one in May 2017 when two teenage girls were found hanging from a mango tree in Katra village in Badaun district.