Umesh Katti, the man who batted for separate statehood for north Karnataka, passes away

The mortal remains is being airlifted to Belagavi 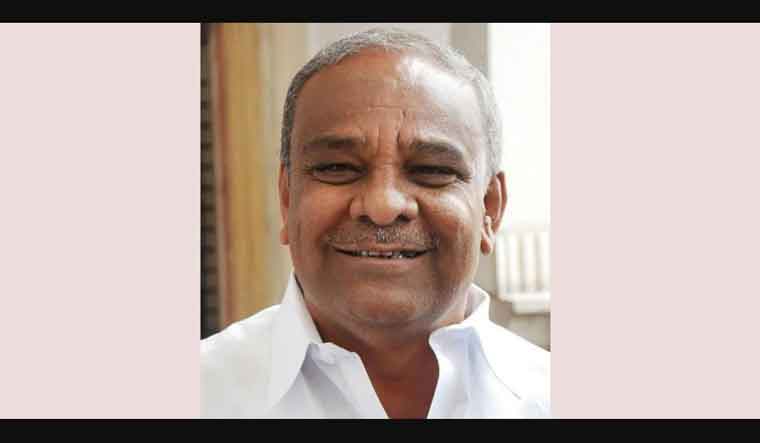 Karnataka food and civil supplies minister Umesh Katti (61) passed away on Tuesday night at his Bengaluru residence following cardiac arrest. He was rushed to M.S. Ramaiah hospital after he collapsed in his toilet, but could not be revived.

Born on March 14, 1961, he hailed from the affluent and influential Katti family of Hukkeri, which had its clout in the co-operative sector.

The eight-time MLA from Hukkeri in Belagavi district entered the Karnataka assembly for the first time in 1985 bypolls on a Janata Dal ticket following the demise of his father Vishwanath Katti (former MLA). He has served as a minister thrice in the cabinets of J.H. Patel, B.S. Yediyurappa, D.V. Sadananda Gowda, Jagadish Shettar and Basavaraj Bommai. He has held important portfolios including agriculture, sugar, PWD, prisons and forest departments.

Katti, who contested from the seat nine times from different parties, lost only once in 2004 (by 821 votes) when he fought the polls on a Congress ticket. In 2008, after winning the seat on a JD(S) ticket, was lured by the BJP during the 'Operation Kamala'. He won the bypoll the same year on the BJP ticket.

The mortal remains is being airlifted to Belagavi, and the last rites will be performed at his native village Bellada Bagewadi.

The minister leaves behind his wife, a son and a daughter.