'The party wants Rahul to be Congress President, that would keep the party together' 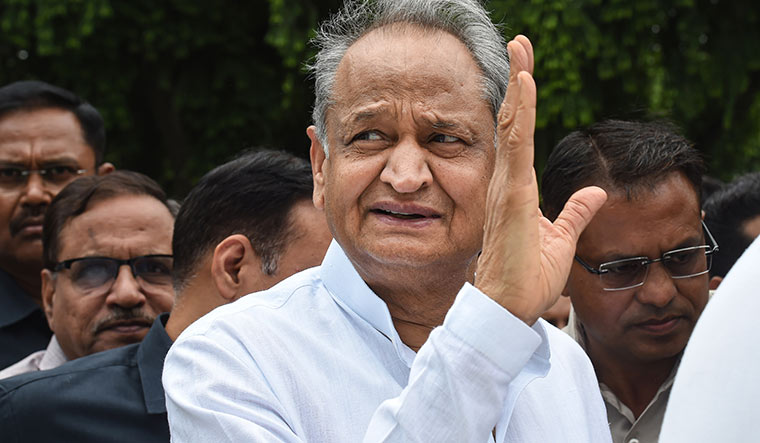 Rajasthan Chief Minister Ashok Gehlot, today, made another pitch for Congress leader Rahul Gandhi to come back as party chief, saying it would make it easier for the party to deal with the many challenges that the country is facing.

As Rahul embarks on a 150-day-long Kanyakumari to Kashmir Bharat Jodo Yatra, an endeavour that coincides with the party's presidential election, Gehlot said even today, the workers and leaders of the party want him to become president of the party.

"In 2019, after the defeat in the Lok Sabha elections, he resigned on moral grounds. He had said in the Congress Working Committee meeting that he would do whatever the party asked him to," he said addressing a conference in Kanyakumari on the sidelines of the events lined up to flag off the Bharat Jodo Yatra.

"Workers and leaders of the party are standing up to the many challenges the party faces. However, if Rahul Gandhi ji is president of the party, it will be easier for us to deal with these challenges," he said.

Gehlot, whose name is doing the rounds as a foremost non-Gandhi option for the post of party president, said the party wants Rahul to be Congress President as that would help keep the party together.

Replying to another question, Gehlot, who has especially over the last two years taken on the task of being the main defender of the Gandhis, said the family has never yearned for power and has kept away from it for 30 years.

"Sonia ji had the opportunity of becoming prime minister but she sacrificed it. Rahul ji could easily have been minister, but he did not. We had to convince Sonia ji to join politics. We said to her that otherwise, the party would disintegrate. So the credibility of the family is the highest," Gehlot said.