Residences of Ghatak in Asansol and Kolkata were raided 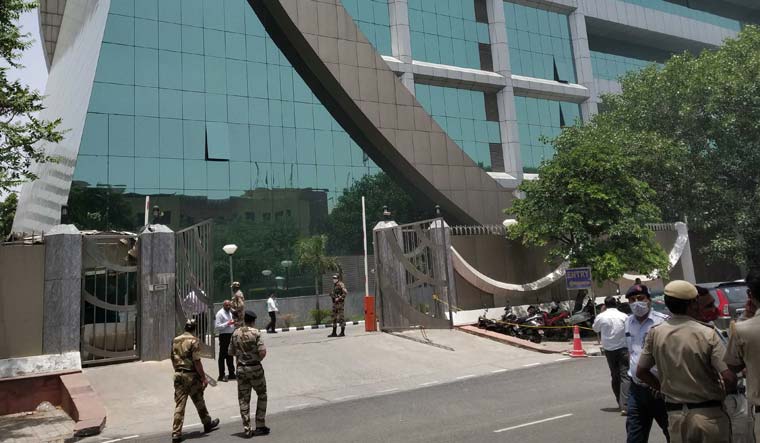 The CBI office after the incident | Arvind Jain

The CBI on Wednesday morning raided several residences of West Bengal minister Moloy Ghatak in connection with its probe into a coal smuggling scam, an officer said. Central Bureau of Investigation (CBI) sleuths conducted raids at three houses of Ghatak in Asansol in Paschim Bardhaman district and one in Lake Gardens area of Kolkata.

Earlier, after a seven-hour long grilling by ED officials, TMC leader Abhishek Banerjee had dared Union Home Minister Amit Shah to prove charges of wrongdoing in an alleged case of coal pilferage and to put him behind bars. The Trinamool Congress MP, considered number 2 in the party, also advised Shah to teach nationalism to his son and make sure that the law and order situation improves in Delhi.

"If needed, I am ready to face questioning 30 times, but will not bow my head before the BJP. I have attacked his [Amit Shah's] son over the national flag issue but that does not mean the ED and CBI can be used to threaten me,” he told reporters.

Video footage of BCCI secretary Jay Shah, son of the Union home minister, appearing to turn down an offer to wave the national flag after India beat Pakistan in an Asia Cup match in Dubai on August 28 has sparked a controversy. Banerjee wondered why the top BJP leader who "teaches patriotism to the entire country has failed to educate his son".

The TMC leader said, “I dare him [Amit Shah] to prove I have committed a wrong and put me behind bars. If they can prove a single allegation, I am ready to walk to the gallows.”

The Enforcement Directorate (ED) had issued a fresh summons to Banerjee to appear before its officers on Friday in connection with its ongoing investigation into the coal pilferage scam. He reached the agency's office at CGO Complex in Salt Lake near Kolkata at around 11am and came out nearly at 6pm.