The missile had landed in Pakistan 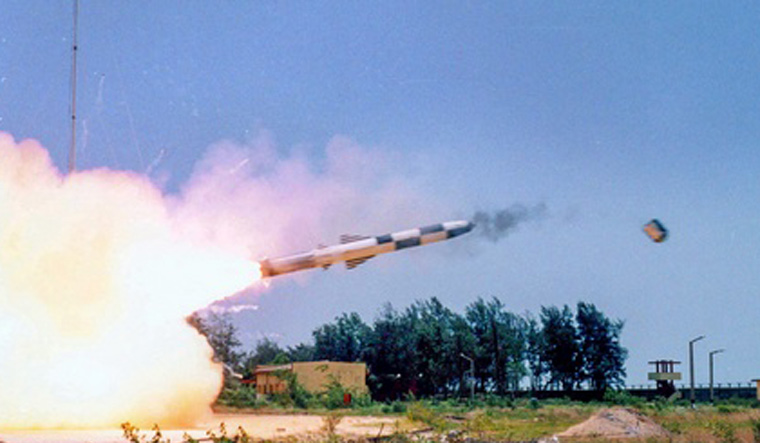 The defence ministry, on Tuesday, terminated the services of three officials of the Indian Air Force after a high-level probe held them responsible for the March 9 accidental firing of a Brahmos missile that landed in Pakistan.

The Court of Inquiry (CoA) into the incident found that deviation from the SOP by three officers led to the accidental firing of the missile.

Following the incident, the defence ministry described it as "deeply regrettable".

"A BrahMos missile was accidentally fired on March 9. A Court of Inquiry (Col), set up to establish the facts of the case, including fixing responsibility for the incident, found that deviation from the Standard Operating Procedures (SOP) by three officers led to the accidental firing of the missile," an official statement said.

"These three officers have primarily been held responsible for the incident. Their services have been terminated by the central government with immediate effect. Termination orders have been served upon the officers on August 23," it said.