Security beefed up in Delhi ahead of farmer protests

BKU leader Rakesh Tikait was detained at the Ghazipur border 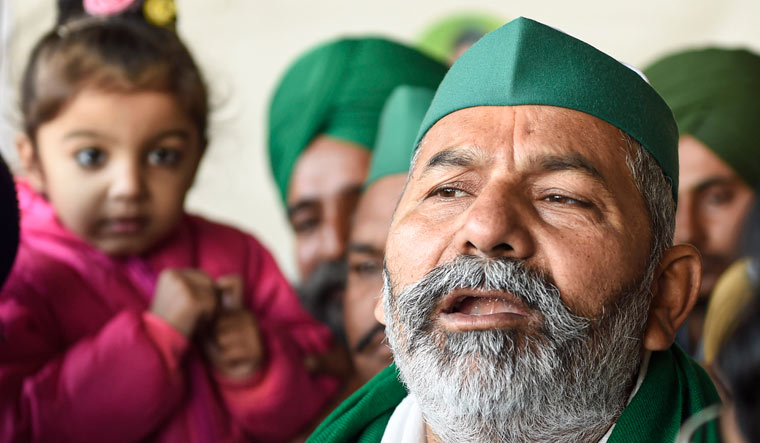 Ahead of farmers’ protests in the national capital, security was beefed up along the borders of Singhu and Ghazipur. A 'mahapanchayat' had been called by farmers' bodies at Jantar Mantar on Monday.

Some law enforcement actions have already been conducted.

Farmer leader Rakesh Tikait was, on Sunday, detained by the Delhi Police at the Ghazipur border while he was trying to enter Delhi to take part in the rally. Tikait, the national spokesperson for the Bharatiya Kisan Union (BKU) and a prominent face of the Sanyukt Kisan Morcha (SKM), was stopped at the border around afternoon. "Thereafter, he was detained and taken to Madhu Vihar police station where police spoke to him and requested him to return," Special Commissioner of Police (Law and Order) Dependra Pathak said. The DCP said Tikait "agreed" with the police request and "he has been escorted back".

Subsequently, today, all vehicles entering the capital are being checked and police personnel are on 'alert mode'. Traffic movement may be affected in many parts of Delhi as the police have put up barricades at border points. In a tweet, the police asked motorists to avoid Tolstoy Marg, Sansad Marg, Janpath Road, Ashoka Road, Outer Circle Connaught Place, Baba Kharak Singh Marg and Pandit Pant Marg.