What Yuan Wang's arrival at Hambantota Port means for India 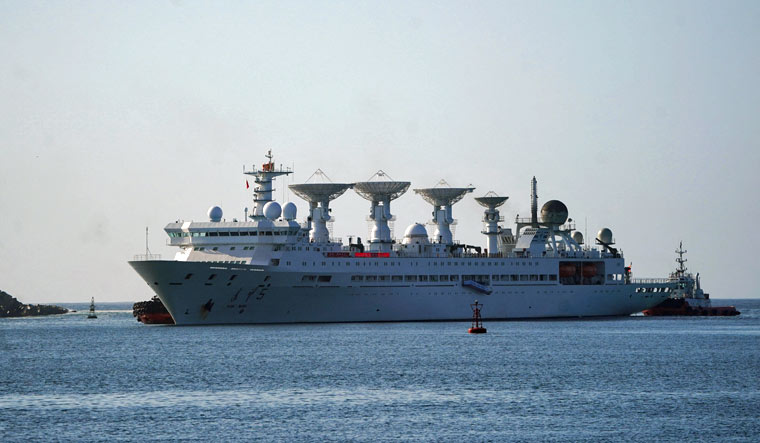 The Chinese tracking vessel Yuan Wang 5, on Tuesday, arrived at the Sri Lanka’s southern Hambantota Port. The vessel is all set to stay there till August 22. The vessel was earlier scheduled to arrive on August 11. The arrival was delayed as Sri Lanka asked China to defer the visit.

Speaking to reporters at the Hambantota Port, Chinese Ambassador to Sri Lanka, Qi Zhenhong, said that the Hambantota Port was not only a major Belt and Road cooperation project, but is also a symbol of China–Sri Lanka friendship. To a specific question on India raising concerns, and the diplomatic tussle over the past few days, he said, "I don't know. Maybe this is life. This is nature."

Earlier, when India raised concerns and Sri Lanka asked China to “defer” the visit, the vessel had already left its port of origin on July 14 and was in the Indian Ocean. Though the visit has been delayed, following the "security concerns" raised by India and America, Sri Lanka could not stop the arrival of the tracking ship. The arrival of the vessel, and the grand welcome accorded to the ship, as it made the port call, only highlights the strong diplomatic ties between Sri Lanka and China, and how the island nation is caught in the geopolitical fight in the Indian Ocean.

The arrival of Yuan Wang 5 cannot be looked at as the only visit of a Chinese vessel. Tensions in diplomatic ties between India and Sri Lanka had come up after Colombo allowed a Chinese nuclear-powered submarine Changzheng 2 to dock at its port in 2014.

Given the technological capabilities of the vessel, India’s southern border, which is strategically close to the Hambantota Port, might be watched.

The ship can track ballistic missiles at the Abdul Kalam Island off the Odisha coast. Secondly, it can gauge the range and accuracy of Indian missiles. Incidentally, Yuan Wang 5, which set out to sail in July, has not stopped in any of the ports on its way. It has been sailing without any replenishment services till it reached Hambantota. As per the Sri Lankan government, the ship is supposed to be docked at the Hambantota port till August 22 for "replenishment purposes". However, sources say that the vessel may also carry out oceanic surveys, which can facilitate submarine operations in the Indian Ocean. Meanwhile Sri Lanka has said that the ship will have to keep its Automatic Identification System (AIS) switched on and is not allowed to carry out any scientific research in the region.

It may be recalled that in 2021, a Chinese survey ship called Xiang Yang Hong 03 carried out search operations west of Sumatra. Xian Yang Hong also carried out operations in the same region in the Indian Ocean. "I would certainly say that, more than the ship by itself, given the technology involved, they may be able to study the strategic assets even from the open sea. The Hambantota Port is on lease with China for 99 years. So, a frequent visit of dual purpose vessels of this kind should be a greater cause for concern. This is the standard practice of every big power in similar circumstances," said foreign policy analyst N. Sathiyamoorthy.

Sathiyamoorthy also said that the vessel arriving at Hambantota need not be linked to China’s activities at the Galwan valley. "This is because even before Galwan, in 2014, two of China’s submarines docked at the Colombo Port, under similar circumstances. It is not just the land-border dispute, we have to look at it from the larger Indian Ocean space perspective,” points out Sathiyamoorthy.

From a foreign policy perspective, sources in Sri Lanka say the Indian establishment did not assess what would happen if India pushed too hard on its southern neighbour.

On the other side, India had gifted a Dornier marine surveillance aircraft to Sri Lanka to enhance its “security capabilities”, a day before the arrival of Yuan Wang 5.