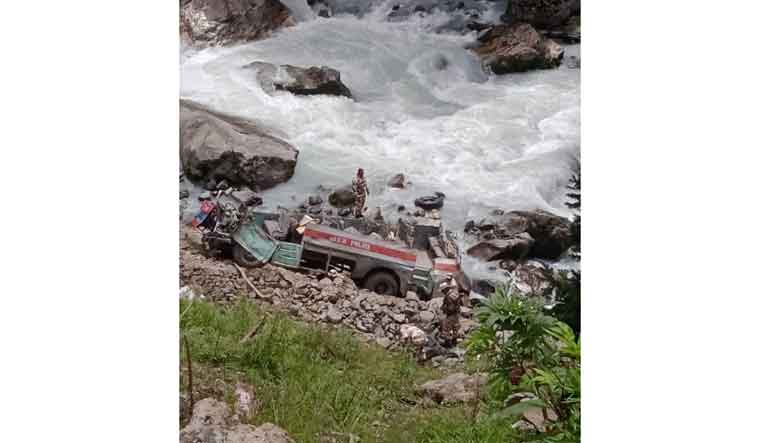 Two ITBP personnel died while 37 others, who were returning from Amarnath yatra duty, were injured on Tuesday when a bus fell into a deep gorge in Pahalgam area of Jammu and Kashmir, an official said.

The bus was on its way from Chandanwari to police control room.