Three soldiers injured in the encounter 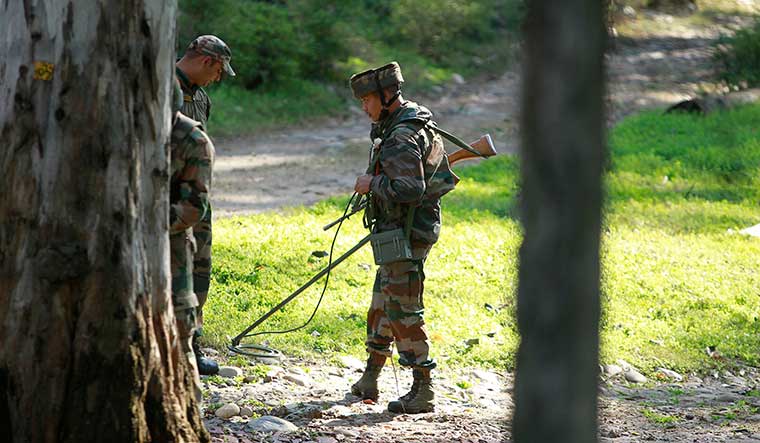 Three soldiers and two terrorists got killed in an encounter at Pargal, Rajouri in Jammu on Thursday. Three other soldiers got injured in the incident.

According to the Army's White Knight Corps, the militants infiltrated from across the LoC in the night and tried to sneak into a post in the dark. They were engaged by the soldiers and killed.

In the firefight, five soldiers were injured, three of them succumbed. One of the injured army personnel is said to be a Major. The attacks took place six kilometres from Darhal in Rajouri.

The militants could be part of the Talib Hussian group who were found involved in receiving weapons from across the LoC by drones. Intelligence agencies had warned of possible attacks between August 5, on the third anniversary of Article 370 revocation, to Independence Day on August 15. Based on the inputs, the security has been beefed up in Rajouri and Poonch districts facing PoK.

Security forces had intensified patrolling and area domination after reports of suspicious movement in Darhal. Searches and mobile nakas were placed at several places to prevent militants from carrying out any attacks. A drone was also spotted in Nowshera Sector in Rajouri after which a search operation was launched.

The attacks come at a time when the 43-day-long Amarnath yatra is coming to an end on August 13. In view of the attack, security has been heightened in Jammu and Kashmir to prevent militants attacks on August 15.