As per the electoral college arithmetic, Dhankhar has two-thirds of votes 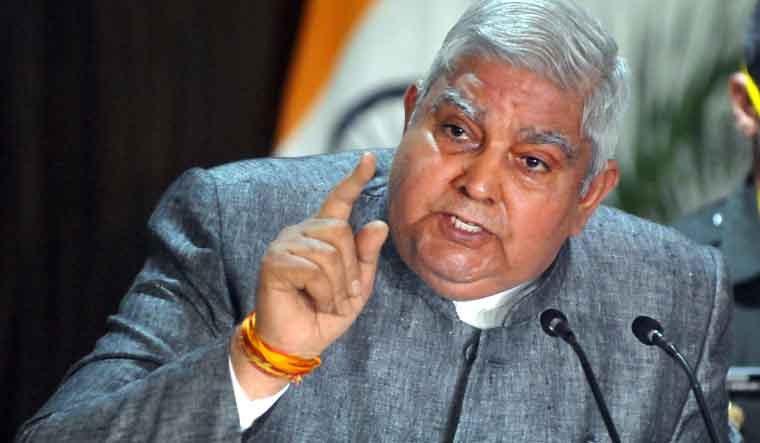 Members of Parliament commenced votes to elect the next vice president in an election where NDA candidate Jagdeep Dhankhar is pitted against opposition pick Margaret Alva. Currently, the former is the frontrunner in the race. Prime Minister Narendra Modi cast his vote Around 10:15am.

As per the electoral college arithmetic, Dhankhar has two-thirds of votes in his favour as the BJP by itself has 303 members in the Lok Sabha and 91 in the Rajya Sabha. With the support of some regional parties like the Janta Dal (United), YSRCP, BSP, AIADMK and Shiv Sena, the NDA nominee is likely to get over 515 votes, enough for a comfortable win for him. Alva is likely to get around 190-200 votes, going by the support announced by parties for her candidature so far. The Trinamool Congress, which has 23 MPs in Lok Sabha and 16 in Rajya Sabha, has decided to stay away from the vice presidential election.

Veteran Alva remained in public life for over 50 years as a Congress member. All MPs of Lok Sabha and Rajya Sabha are eligible to vote to elect the successor to incumbent M. Venkaiah Naidu.

The result for the vice presidential poll will be out on the same day.