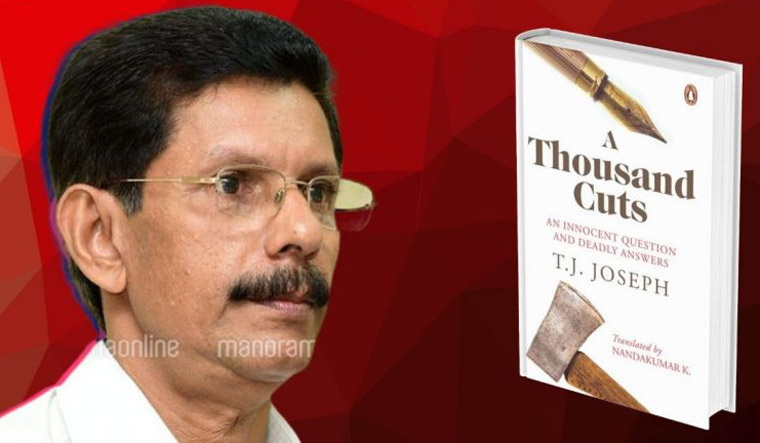 The autobiography of professor T.J. Joseph, whose hand was chopped off by activists of Islamist outfit Popular Front of India (PFI) for alleged blasphemy, has won the Kerala Sahitya Akademi Award-2021.

Joseph's 'Attupokatha Ormakal', a chilling account of the religious extremism and the ordeal he underwent after the shocking incident in his life, shared the award with M. Kunjaman's 'Ethiru' in the category of autobiography.

The award was announced here on Wednesday by K. Satchidanandan, president of the Akademi, and prof C.P. Aboobacker, its secretary. R. Rajashree and Vinoy Thomas shared the award for best novel. Anwar Ali won the award for poetry. Devdas V.M. won the award in the category of short story. Writers Vaisakhan and professor K.P. Sankaran were selected for the Distinguished Membership of the Akademi.

A former lecturer of Malayalam literature at Newman College in Thodupuzha, Joseph was attacked and his right hand was chopped off allegedly by activists of the Popular Front of India in July 2010 while he, along with his mother and sister, was returning home from church.

The attackers told him that he was being punished for the alleged sacrilegious undertones of one of the questions he had framed.

The case was investigated by NIA and a special NIA court in 2015 had convicted 13 people, owing allegiance to the PFI.

Joseph had faced another tragedy when his 48-year-old wife Shalomi Joseph died by suicide in 2014.