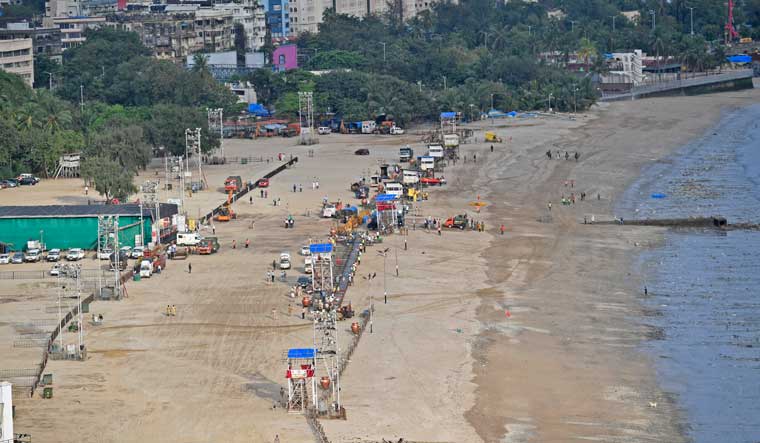 A beach in Mumbai | Amey Mansabdar

Over 200 tonnes of garbage, mainly single use plastic, have been cleared from the beaches of India over the last 20 days, under the Swachh Sagar Surakshit Sagar campaign.

This 75 day coastal clean-up initiative is being led by the Ministry of Earth Sciences, but is a multi-organisation, “whole of government” effort, said Jitendra Singh, Union minister of state for Earth Science and  Science and Technology.  The campaign will culminate on September 17, which is International Day for Coastal Clean-Up. It also happens to be Prime Minister Narendra Modi's birthday.

Under this clean-up drive, the government has identified 75 beaches across the coastal states. Several ministries and organisations, including the Coast Guard, National Cadet Corps, merchants and business chambers, and voluntary groups have joined forces in the campaign.

Last week, Singh convened a meeting of the various organisations and ministries involved in the effort, as well as MPs from these states.

Earth Sciences secretary M. Ravichandran said that coastal pollution was largely because of litter thrown at the beaches. Only a small fraction of the pollution comes from the seaward direction.

The campaign is largely an awareness-building exercise, and included a number of competitions like poster- making and waste- to- precious ideas.

Singh said with the recent ban on single use plastic, the coastal clean-up campaign is an ideal occasion to emphasise on the harmful effect of the plastic waste.

The government expects to clear up at least 1,500 tonnes of garbage by the end of the campaign.