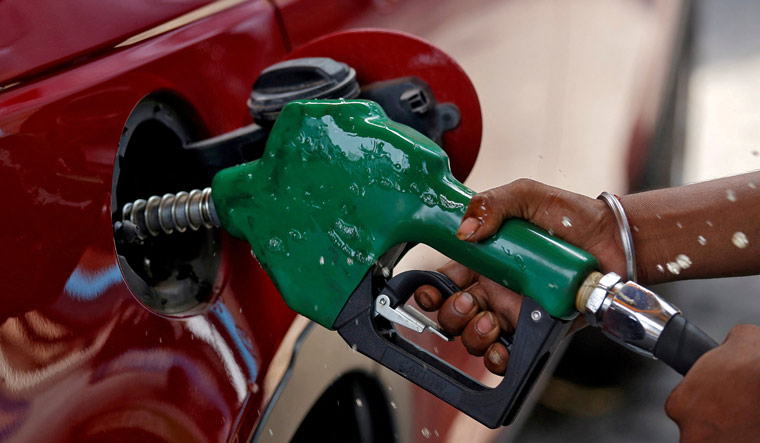 Maharashtra government has decided to reduce the value added tax (VAT) on petrol and diesel by Rs 5 and Rs 3 per litre respectively, Chief Minister Eknath Shinde said here on Thursday.

The Maharashtra state cabinet met on Thursday and decided to cut tax on fuel.The decision would come into effect from Thursday midnight. This would entail a burden of Rs 6,000 crore on the state exchequer, CM Eknath Shide told reporters. It will benefit the common man affected by the fuel price hike, Shinde said.

Deputy CM Devendra Fadnavis said the decision was part of the Shiv Sena-BJP government's commitment to people's welfare. The government will ensure the burden of Rs 6,000 crore on the state exchequer does not impact development works, Shinde said.

The Shinde government will also restore the pension of the persons who were jailed for protesting against the Emergency from 1975 to 1977, Fadnavis said. In 2018, the then Fadnavis government announced a pension of Rs 5,000 to Rs 10,000 for such people, but it was stopped in 2020 by the MVA.

On Thursday, Deputy CM Fadnavis said 3,600 people will now get the pension and 800 more applications will be approved on merit. ''Not just the Jana Sangh and the Rashtriya Swayamsevak Sangh, all political activists participated in the agitation against the Emergency. My father was in jail for two years. Democracy was reinstated due to efforts of the activists,'' Fadnavis said.

He said the incentive was stopped by the previous MVA government due to pressure, may be because the Congress was part of it. Fadnavis further said Shinde has given all clearances for the Ahmedabad-Mumbai bullet train project.