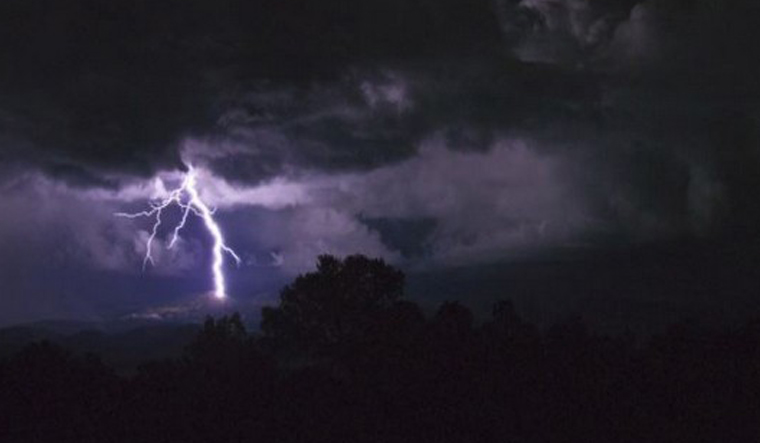 With many areas of Madhya Pradesh, including the capital city Bhopal, jolted by frequent lightning strikes, leaving 47 dead within a week and 111 in 40 days, the state health department has issued guidelines for preventive measures and emergency services for people hit by lightning, storm and weather related disasters.

The deputy director (disaster management) of the state directorate of health services, Pragya Tiwari, came out with the guidelines for chief medical and health officers and civil surgeons of the all the districts, detailing the steps to be taken to prop up emergency services and the precautionary measures that could be disseminated to the public.

Chief Minister Shivraj Singh Chouhan tweeted a video by National Disaster Management Authority (NDMA) on precautions against lightning. “Monsoon is active in Madhya Pradesh and rainfall is being experienced in many areas. In such weather, there is apprehension of accidents due to lightning. Simple precautionary measures against lightning have been mentioned in this interesting video by NDMA,” Chouhan said in the tweet, expressing gratitude to the authority for the initiative taken to create awayreness. He also prayed for the safety of all citizens.

Several parts of the state have been experiencing heavy bouts of rainfall that are often accompanied by severe lightning over hours during the past few days. The weather office has been constantly warning of heavy rains, thundershowers and lightning episodes in different parts of the state.

Bhopal experienced heavy rain and severe lightning episodes on nights preceding Sunday and Monday. During 13.5 hours from 7.00pm of Sunday to 8.30am on Monday, Bhopal city reported around 7,000 lightning strikes (in a radius of about 15kms from Arera Hills), Ved Prakash Singh, scientist with Regional Meteorological Centre, Bhopal, told THE WEEK. Across the state, 12 lightning sensors, including one in Bhopal, have been put up to monitor lightning episodes, Singh said.

He said as per casualties report maintained by the RMC, 111 deaths due to lightning had been reported between June 1 and July 10. Of these, 47 deaths were in the past week (July 4 to 10).

Keeping the situation in mind, the health department has asked the district level authorities to chalk out emergency services plans for all government hospitals, to deploy adequate staff and ensure required facilities, ensure adequate stock of life saving drugs at all government hospitals and depot holders and ASHA workers in rural areas, direct multipurpose workers, ASHA supervisors and workers and establish emergency services network at local level and to identify non-government organisations and paramedical staff who could help the health staff in cases of emergency.

The directive also included details on types and impacts of lightning strikes and the indoors and outdoors precautionary measures. The district authorities are expected to disseminate the information for public use.