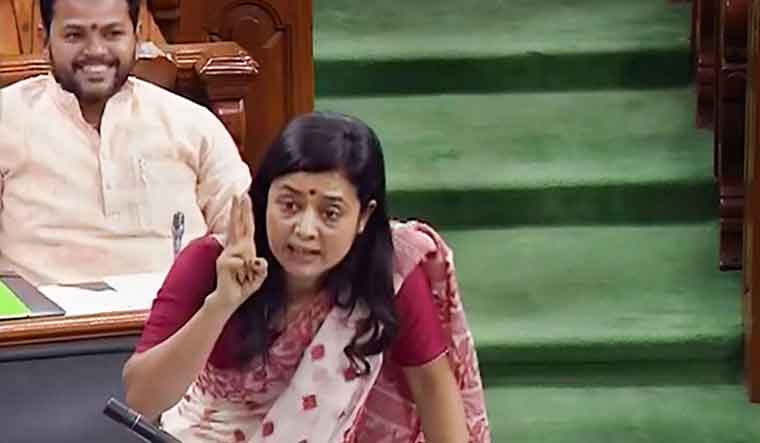 Amidst the controversy over Trinamool Congress MP Mahua Moitra’s remarks on goddess Kali, the Bhopal crime branch, on Wednesday, registered an FIR against her for hurting religious sentiments.

Bhopal Additional Commissioner of Police Sachin Atulkar told THE WEEK that the FIR was registered under Section 295-A (deliberate and malicious acts, intended to outrage religious feelings of any class by insulting its religion or religious beliefs) after a local person lodged a complaint. “The complainant said he had watched Moitra’s statement on television, made during a conclave by a news channel and it had hurt his religious sentiments,” Atulkar said. He said the complainant's name was being withheld due to the sensitivity of the issue.

Sources said the complainant is a priest with the Kali temple in Bhopal. Copy of the FIR was not available immediately.

Even as the FIR was lodged, Madhya Pradesh Chief Minister Shivraj Singh Chouhan said Moitra’s statements had hurt the Hindu religious sentiments. “Insult to Hindu gods and goddesses will not be tolerated at any cost,” he said.

Moitra’s statement that “(to me) Kali is a meat-eating, alcohol accepting goddess” which came in the wake of a controversy on a poster of director Leena Manimekalai’ documentary film that shows a woman dressed up as goddess Kali smoking a cigarette, created a huge furor.

Moitra’s party, the TMC, had distanced itself from the statement. The BJP lodged complaints against the MP in West Bengal too and two FIRs were reportedly lodged there.

However, Moitra is standing by her statement, on Wednesday tweeted, “Bring it on BJP! Am a Kali worshipper. I am not afraid of anything. Not your ignoramuses. Not your goons. Not your police. And most certainly not your trolls. Truth doesn’t need back up forces.”

In another tweet she said “Jai Ma Kali! The goddess Bengalis worship is fearless & non-appeasing.”

Meanwhile, on Tuesday evening, MP Home Minister Narottam Mishra issued a warning to Maimekalai over the controversial poster and asked her to retract the posters and issue an apology. He warned that FIRs will be lodged against all offenders and the film would be banned in Madhya Pradesh. Mishra said he has directed authorities to take due legal action in the matter.