Ranjan had issued an apology 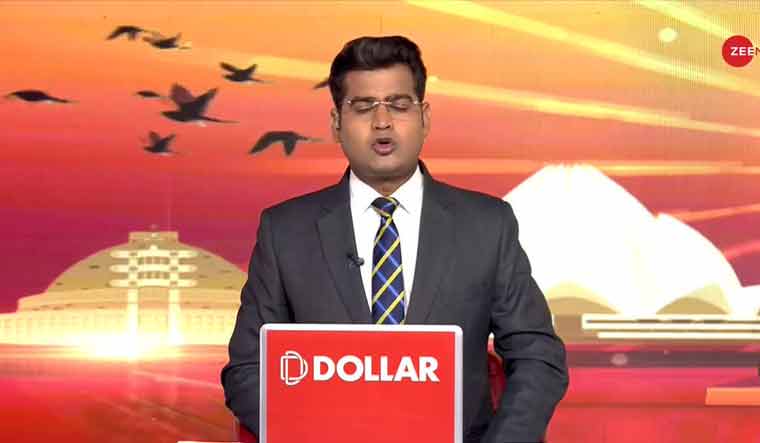 Zee News anchor Rohit Ranjan was arrested by the Uttar Pradesh Police after a case of "doctored video" was filed against him. According to multiple reports, a lot of confusion existed on the scene—Chhattisgarh Police was on the scene to arrest Ranjan, but the local Police moved him away first.

An FIR was earlier registered in Chhattisgarh against Ranjan and BJP national spokesperson Rajyavardhan Rathore for allegedly spreading falsehood by doctoring Congress leader Rahul Gandhi's comment in Kerala to appear as if it was a remark on the Udaipur tailor's murder. The complainant alleged that Zee News anchor Rohit Ranjan in his show aired a statement of Gandhi on the SFI violence on his Wayanad office and mischievously doctored it to make it seem like it was a comment on the heinous murder of Kanhaiya Lal in Udaipur.

The FIR was registered on a complaint lodged by local Congress leader Ram Singh at the Banpark police station under IPC sections 504 (intentional insult), 505 (criminal intimidation), 153A (promoting enmity between different groups on ground of religion, race, place of birth, etc.), 295A (deliberate and malicious acts, intended to outrage religious feelings of any class by insulting its religion or religious beliefs) and 120B (criminal conspiracy).

The development came hours after Rajasthan Chief Minister Ashok Gehlot criticised the channel for the same. He claimed that it was done by the media group in conspiracy with former Union minister Rathore, Major Surendra Poonia (retired) and Kamlesh Saini, who also shared the clip on Twitter to reap political advantage and trigger public sentiments.

"The anchor and the promoters of the TV channel were clearly aware that what Gandhi stated was for the youngsters in Wayanad and not the killers of Kanhaiya Lal," the complainant said in the FIR.

The channel, however, has issued an apology, with Ranjan saying: "Yesterday, in our show DNA, Rahul Gandhi's statement was taken in the wrong context by linking it to the Udaipur incident, it was a human error for which our team apologises."