Khar police had registered the second FIR under IPC section 353 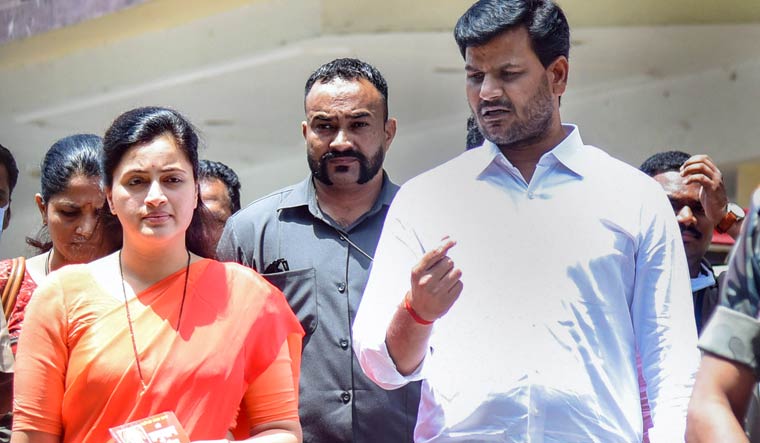 A special court in Mumbai on Tuesday allowed the anticipatory bail application of Independent Lok Sabha MP Navneet Rana and her MLA husband Ravi Rana in a case pertaining to obstructing the police from arresting them in the aftermath of the Hanuman Chalisa row.

Their anticipatory bail plea, in connection with the second FIR that Khar police had registered under IPC section 353 (assault or criminal force to deter public servants from discharge of his duty), was allowed by Special Judge RN Rokade.

The Rana couple was arrested on April 23 after announcing that they would recite Hanuman Chalisa in front of Bandra's 'Matoshree', the private residence of then chief minister and Shiv Sena head Uddhav Thackeray.

Navneet Rana and Ravi Rana were charged under IPC section 153 (A) (promoting enmity between different groups on grounds of religion, race, place of birth, residence, language, and doing acts prejudicial to maintenance of harmony) and section 135 of the Mumbai Police Act (violation of prohibitory orders of police).

They are currently out on bail.