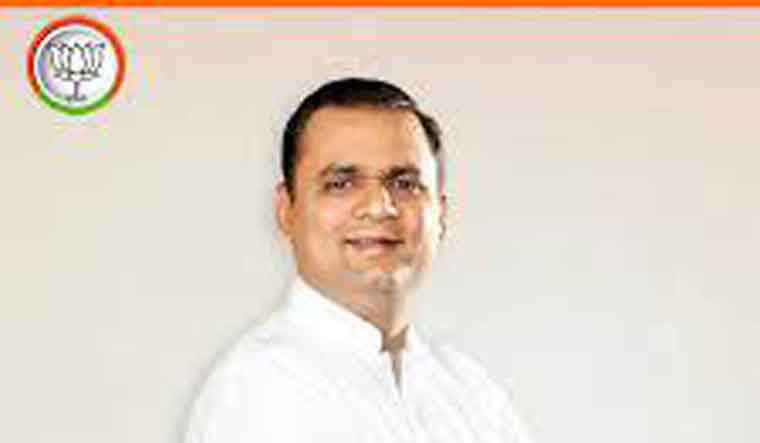 Rahul Narwekar of the BJP was on Sunday elected the speaker of Maharashtra assembly. Narwekar, who polled 164 votes, defeated Uddhav Thackeray-led Shiv Sena candidate Rajan Salvi who got 107 votes. Narwekar is the son-in-law of NCP leader and chairman of upper house Ramraje Naik Nimbalkar. He began political journey with Shiv Sena, then joined NCP, and then BJP, ahead of the 2019 assembly elections. He is the MLA from Colaba constituency in Mumbai.

Ahead of the speaker election, which was seen as a precursor to the floor test tomorrow, both the Thackeray and Shinde camps of Shiv Sena had issued whips to their MLAs to vote for different candidates. The election to the post of the speaker was held Sunday after proceedings began at 11am. The four-day old Shiv Sena-BJP government headed by Eknath Shinde will face the floor test on July 4 during the special two-day session.

Sena MLA and Uddhav Thackeray loyalist Salvi was the candidate of the Shiv Sena-NCP-Congress combine for the speaker's election. He was pitted against first-time BJP legislator Narwekar. Rebel Shiv Sena MLAs who support Shinde returned to Mumbai from Goa on Saturday evening on the eve of the assembly session, and were lodged in a luxury hotel in South Mumbai, where Vidhan Bhavan, venue of the floor test, is located. NCP chief Sharad Pawar claimed that Narhari Zirwal, the deputy speaker, can perform officiating speaker's duties even though a no-confidence motion is pending against him.

In Mumbai, security had been tightened at the airport to avoid any untoward incident in the wake of the recent violent protests against rebel MLAs by Shiv Sena cadres in some parts of the state. On Wednesday, Thackeray resigned as chief minister after the Supreme Court refused to stay the floor test ordered by the governor and it became apparent that Shinde had support of the majority of Sena MLAs.

Shinde took oath as CM the next day with BJP's Devendra Fadnavis as his deputy.

The post of assembly speaker has been lying vacant since Nana Patole of Congress resigned in February 2021 to become his party's state unit president. Deputy Speaker Narhari Zirwal was officiating as acting speaker in the meantime. NCP chief Sharad Pawar, meanwhile, said there would be a long legal battle ahead for deciding which faction of the Shiv Sena would be considered as the "original" party. "The court will have final say is what I feel," he told reporters in Pune.