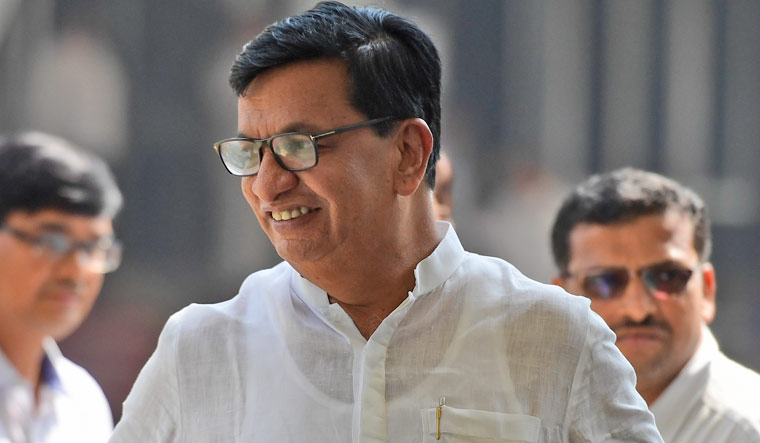 Senior Congress leader and former Maharashtra minister Balasaheb Thorat, on Sunday, targeted Governor Bhagat Singh Koshyari after the assembly speaker's election, saying they had been demanding the same since some time, but it seems "the governor was sleeping for one-and-a-half years".

Rahul Narvekar of the BJP was, on Sunday, elected speaker of the Maharashtra assembly. He defeated Uddhav Thackeray-led Shiv Sena candidate Rajan Salvi.

The Speaker's post was lying vacant since February last year after Nana Patole of the Congress resigned.

Earlier this year, leaders of the then ruling Maha Vikas Aghadi (MVA-comprising the Shiv Sena, NCP and Congress) had urged Koshyari to approve the schedule for the assembly speaker's election during the budget session (in March).

Prior to it, in a previous legislature session, the then MVA government had amended the existing rules to facilitate the speaker's election through a voice vote. The governor had described the decision as unconstitutional and sought legal opinion.

On Sunday, the two-day special session of the 288-member house got underway in the Vidhan Bhavan, where Narvekar was elected as the Speaker.

Thorat, in a statement made on the floor of the house while congratulating Narvekar, said, "The speaker's election took place in a transparent way. This is what we had been demanding with the governor for quite some time. It seems the governor was sleeping for one-and-a-half years.”

Thorat said when the MVA was in power in Maharashtra, they wanted to make the Speaker's appointment procedure on the lines of the Lok Sabha.

"We wanted to make the whole procedure transparent as against the earlier procedure of secret voting. We even tried to knock the doors of court, but the Supreme Court did not take a decision quickly, the Congress legislator said.

The Eknath Shinde-led government will face a floor test in the Assembly on Monday.

Last month, MLA Shinde launched a rebellion against the Sena. Majority of party MLAs sided with him, which led to the collapse of the MVA government led by Uddhav Thackeray.

Shinde was on Thursday sworn in as the 20th chief minister of Maharashtra, while BJP stalwart Devendra Fadnavis took oath as the deputy CM.