Says he spoke to Shinde and congratulated him 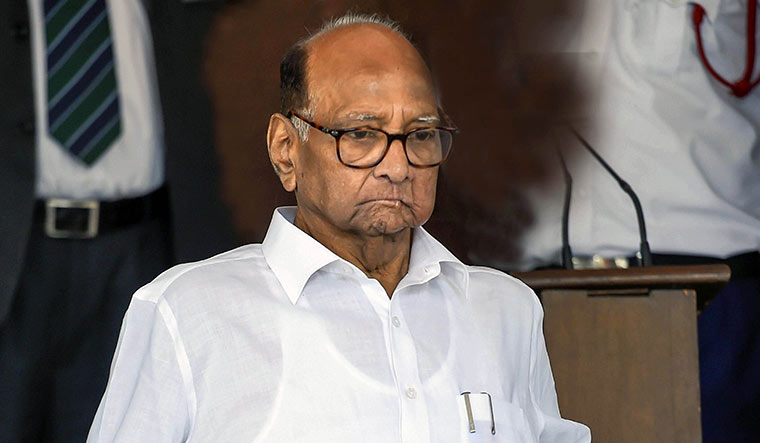 Reacting to rebel Shiv Sena leader Eknath Shinde becoming Maharashtra chief minister, NCP chief Sharad Pawar, on Thursday, said he does not think Shinde was expecting to become the CM when he led the Sena rebel MLAs to Assam.

Pawar claimed that the post of CM was given to Shinde as per order from BJP leadership "be it from Delhi or Nagpur."

"CM post has been given to Eknath Shinde....The person who was chief minister and leader of opposition has been asked to take oath as deputy chief minister. It is shocking," he said.

Pawar said he spoke to Shinde and congratulated him on his appointment as chief minister. "I also expressed my expectations that the head of a state leads entire state and not just a party. You might represent a party but after oath you represent the state. So, I expect him to work to resolve issues of all departments."

The NCP chief suggested that the rebellion in Sena and subsequent political maneuvering might be pre-planned. “I congratulate Shinde on his new responsibility. He showed the power of taking such a large number of MLAs to Guwahati. He inspired people to quit Shiv Sena. I don't know if it happened earlier. But it didn't happen without preparation.”

“I think Uddhav Thackeray gives complete responsibility once he trusts someone. He showed the same trust in Shinde and gave him the responsibility for Vidhan Sabha and the party. I don't know if it (political crisis) is a result of that,” news agency ANI quoted Pawar as saying.