Nearly 70 protestors from the Bajrang Dal were detained on Wednesday 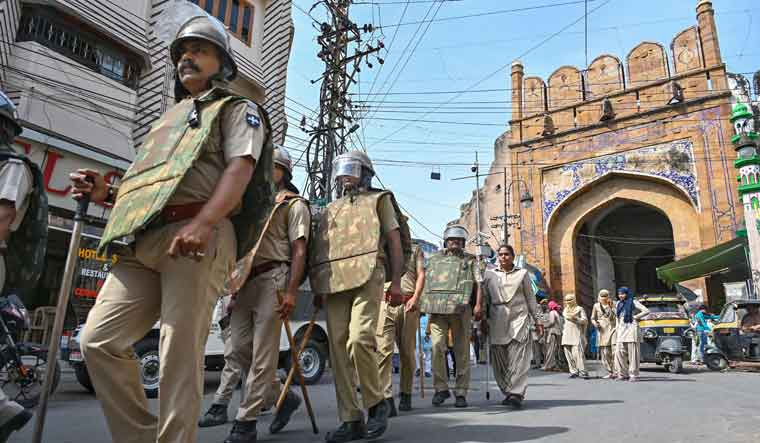 A group waving saffron flags took out a huge procession in Rajasthan's Udaipur under heavy security, expressing anger against the killing that was reported yesterday. Thousands of people on Thursday took part in the rally. The 'Sarv Hindu Samaj' rally was called by Hindu organisations and was held peacefully from the Town Hall to the collectorate with permission of the district administration.

Protests have been reported across the country in the aftermath of the Udaipur murder, where a tailor Kanhaiya Lal was hacked to death by two Muslim men who entered his shop posing as customers.

On Thursday, nearly 70 protestors from the Bajrang Dal were detained on Wednesday after they staged a demonstration at Jantar Mantar here against the brutal killing of a tailor in Rajasthan's Udaipur. The officials said the Vishwa Hindu Parishad did not have prior police permission to hold the protest. Bajrang Dal is a right-wing organisation that forms the youth wing of the Vishwa Hindu Parishad (VHP).

The Bajrang Dal protesters raised slogans and demanded justice for the victim, Kanhaiya Lal. Deputy Commissioner of Police (New Delhi) Amrutha Guguloth said a group of protestors gathered at Jantar Mantar without any permission and were detained. They have been taken to different police stations as of now, she said Prominent Muslim organisations have condemned the incident, calling it "un-Islamic" and asserting that no person has the right to take law into one's hands.