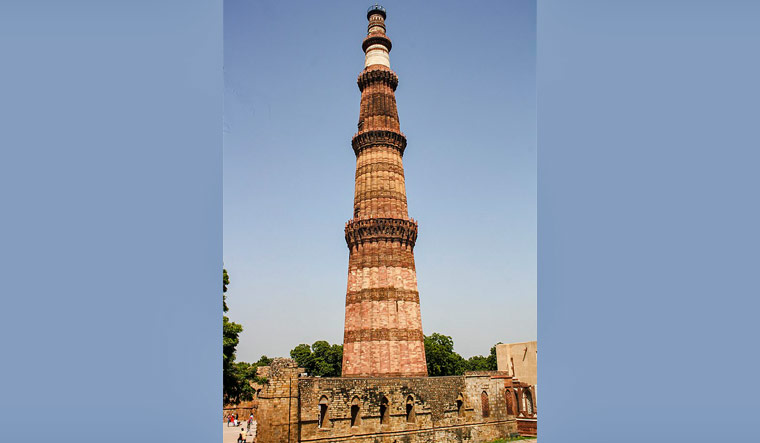 The Culture Ministry is considering conducting an iconography of the Hindu and Jain idols found in the Qutub Minar complex in Delhi, a senior official said on Monday and added that there were no plans to excavate the site or stop any religious practice.

The comments came days after Chairperson of the National Monument Authority Tarun Vijay wrote to the ASI requesting that two Ganesha idols found in the adjoining Quwwat-ul--Islam mosque be moved out of the complex "owing to their disrespectful placement".

The official said the ministry is discussing if some of these idols can be labelled and displayed.

He also said that since the mosque was built from stones of temples, such idols in different forms can be seen all around. The official said that as of now there is no plan to reinstate these idols or move them elsewhere.

However, their display is under consideration.

A controversy broke out over reports that the ministry has ordered the Archaeological Survey of India (ASI) to conduct excavations at the Qutub Minar complex. Culture Minister G Kishan Reddy had denied the reports.

Senior officials said that religious practices are allowed on the premises of ASI-protected sites only if they were functioning places of worship at the time it took charge of them.

No religious rituals can be conducted at non-living monuments where there has been no continuity of worship when it became an ASI-protected site, as is the case with the Qutub Minar, they said.

The official said that the ASI has not made any plea recently to stop prayers at the site.