Committee could seek more time to file its final report 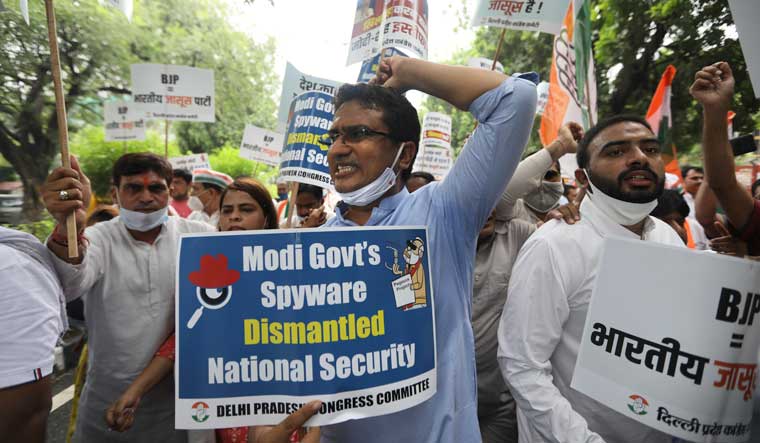 A two-judge bench of the Supreme Court will take up on Friday a case pertaining to the use of the Pegasus spyware for unauthorised surveillance.

During the hearing, the Supreme Court could take up for consideration the interim report of a three-member committee that it had set up last year to probe allegations of the use of Pegasus to spy on politicians, journalists and others.

The court was initially expected to consider the interim report on February 23, but the hearing was deferred on the request of the Centre. The committee had prepared an interim report as some aspects of the case were yet to be analysed. According to reports, the committee could seek more time to file its final report. In April, the probe committee had asked police chiefs of all states to specify whether they had procured Pegasus, which is made by an Israeli company.

A bench headed by Chief Justice of India N.V. Ramana and comprising Justice Hima Kohli is hearing the matter.

The Supreme Court had in October 2021 constituted a panel headed by retired apex court justice R.V. Raveendran to probe the allegations of misuse of Pegasus.

The SC action came after several petitions were filed by journalists and activists demanding a probe into allegations of misuse of Pegasus.