Process to ascertain religious character of place of worship is not barred, SC notes 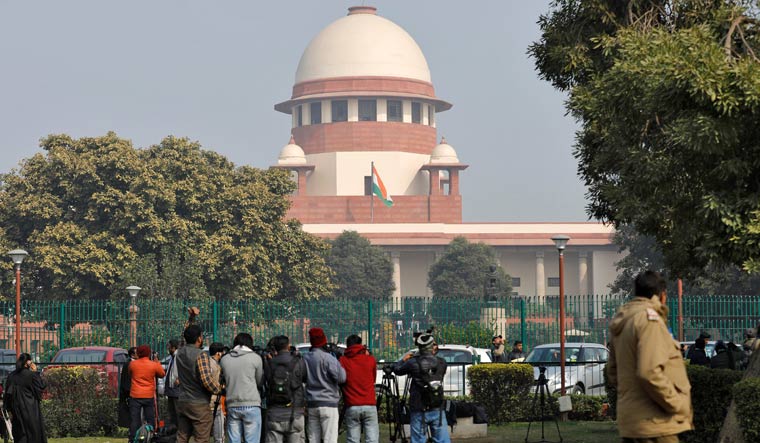 The Supreme Court, on Friday, transferred the civil suit filed by Hindu devotees on Gyanvapi mosque from civil judge (senior division) to district judge, Varanasi saying looking at the complexities and sensitivity of the issue, it is better if a senior judicial officer having an experience of over 25-30 years handles this case.

In an important observation, the top court also said the process to ascertain the religious character of a place of worship is not barred under the Places of Worship Act of 1991.

A bench of Justices D.Y. Chandrachud, Surya Kant, and P.S. Narasimha said the matter involves complexity and sensitivity and it would be better if a district judge handles the case and made it clear that it is not casting any aspersion on the civil judge (senior division) who was earlier dealing with the suit.

Having regard to the complexities of the issue involved in the case, in the civil suit and their sensitivity, we are of the considered view that the suit before the civil judge (senior division) Varanasi should be tried before a senior and experienced judicial officer of the Uttar Pradesh higher judicial service, the bench said.

The top court directed the district judge to decide on the priority of the application under Order 7 Rule 11 of CPC (on maintainability) filed by the mosque committee, which said the civil suit is barred by a 1991 law of Parliament, be decided upon the transfer of papers of suit from the civil judge (senior division).

The application filed by the petitioners under Order 7 Rule 11 of the CPC shall be decided on priority by the district judge on the transfer of the suit, it said and posted the matter for further hearing in the second week of July.

The top court said its earlier interim order of May 17 directing protection of the area where Shivling' is said to be found and allowing Muslims to offer Namaz' in mosque premises shall remain in operation till the maintainability of the suit is decided by the district judge and thereafter for eight weeks to allow the aggrieved parties approach the higher court.

The interim order of this court dated May 17, 2022, shall continue to remain in operation pending the disposal of the application under Order 7 Rule 11 of CPC and thereafter for a period of eight weeks to enable the parties which is aggrieved by the order of the district judge to pursue rights and remedies in accordance with law, the bench said.

The bench also directed the district magistrate to make adequate arrangements for 'wazu' (ablution) for the Muslims coming for offering Namaz in the mosque in consultation with the parties involved in the dispute.

At the outset, the bench suggested the course of action to be adopted by it and said it is important that there is a need to maintain calm on the ground and calm the frayed nerves by not allowing selective leaks of the court commissioner's report and media interviews.

Senior advocate C.S. Vaidyanathan, appearing for one of the Hindu devotees, who has filed the suit said the appeals filed by the Mosque committee have become infructuous against the order of the Allahabad High Court as all the orders of the trial court concerning the survey have been complied with.

He said that as far as the application under Order 7 Rule 11 of CPC is concerned, the report of the court commissioner needs to be seen and taken into account.

Senior advocate Huzefa Ahmadi, appearing for the Mosque Committee, said all the orders of the civil court are capable of creating a grave mischief and are in the teeth of the injunction provided by the 1991 Act.

The bench said since the application of Order 7 Rule 11 is pending, the court will direct it to be taken up first and it would not allow the commission's report to be opened before deciding the application.

Vaidyanathan said the Supreme Court should not tie the hands of the district judge and the commission's report needs to be considered for deciding the application under Order 7 Rule 11.

Ahmadi objected to the submission and said that the commission's report is selectively leaked and an attempt is being made to create a narrative and it should be nipped in the bud.

The bench said it is doing a free dialogue with the parties without coming to any conclusion and told Ahmadi that if their application of Order 7 Rule 11 is allowed, then will it not nullify the impact of all the orders passed by the civil court including that appointment of commissioners and survey of the area.

Ahmadi said these orders have caused public mischief across the country after the commission's reports were selectively leaked and a narrative is being sought to be built.

On May 17, the Varanasi court, which had ordered the videography survey of the Gyanvapi Masjid complex, removed Advocate Commissioner Ajay Mishra for displaying "irresponsible behaviour towards the discharge of his duties" and granted time till today to the commission to file the survey report.