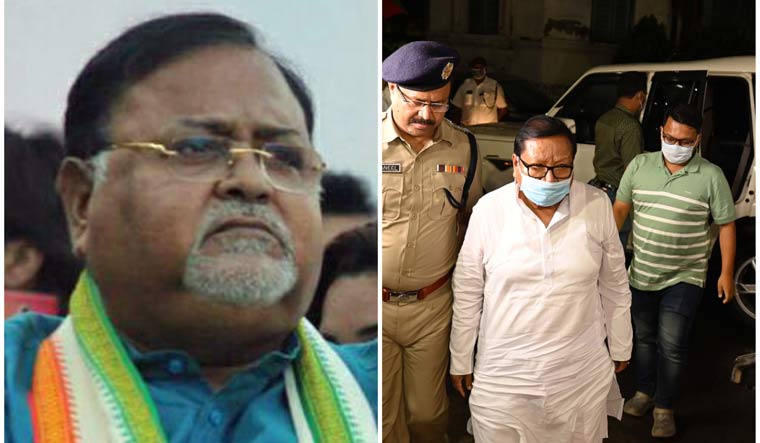 The central agency grilled Chatterjee for more than four hours on May 18, after the Calcutta High Court lifted all forms of protection to the minister. Paresh Adhikari, now junior education minister, went missing shortly after the High Court made strong remarks against him for getting his daughter included in the list of successful candidates of School Service Commission examination in 2017, while several others who secured more marks than her were left out. Around 9,800 candidates are yet to get jobs after the last SSC examination in 2017.

He, however, later appeared before the CBI in Kolkata.

There were other scams in the education department, related to group C and D employees. Hefty bribes were allegedly paid to department officials and local politicians.

In a path-breaking order, Justice Abhijit Ganguly asked the salaries of the undeserving candidates be returned to the government.

The CBI grilled school service commission chairman, and officials of the education department. A CBI officer quoted an official as saying, "The order came to us from the top level and we had to implement them."

Chatterjee, sources said, told party leaders that he was not part of the scam and was never a beneficiary.

"Even if he was not a beneficiary, being a minister, he had to stop the corruption," said a CBI source.

When he was again asked to appear before the CBI with relevant documents, Chatterjee moved the Supreme Court today.

The CBI has lodged an FIR against Adhikary but not against Chatterjee, who is a political heavyweight in the party.

A section of party leaders close to Mamata's nephew and MP, Abhishek Banerjee, said the current party leader ship and Education Minister Bratya Basu, cannot be blamed for what happened in 2017.