Baghel, however, said the Maoists should first express faith in the Constitution 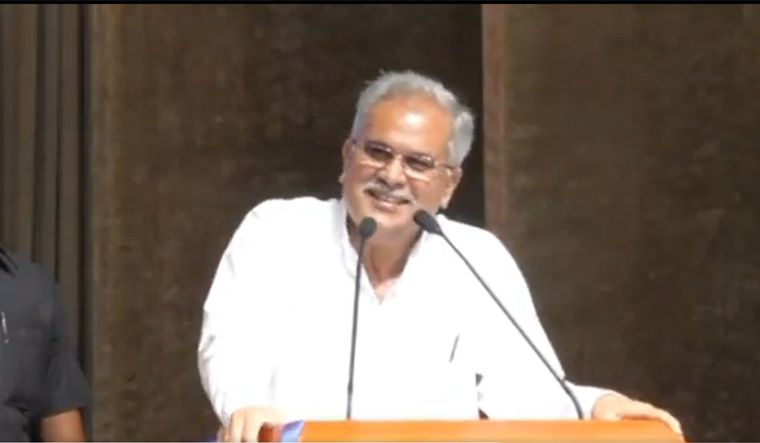 Chhattisgarh Chief Minister Bhupesh Baghel on Thursday reiterated his government’s offer to hold peace talks with Maoists, but emphasised that the Maoists should express faith in the Constitution before any talks are initiated.

The reiteration of the peace talk offer came on the second day of Baghel’s assembly constituency-wise tour of Bastar region. He was interacting with the local mediapersons at Sukma, one of the Maoist-violence hit districts.

Referring to a statement of Maoists earlier this month seeking ‘conducive atmosphere for talks’, the CM said, “There can’t be a more conducive atmosphere (to hold peace talks) in Bastar than that prevailing now. In Sukma, where Naxalism started, there is very little Maoist activity now. If they (Maoists) want to talk, our doors are always open. But what is the basis on which the talks will happen? I am in India, which is a federal republic. As a chief minister of a state, I am in a constitutional post. If I talk, it will be only on the basis of the Constitution of India.”

Baghel has been making this conditional offer of talks for some time now. After his peace talk offer of April 8, made at Kondagaon in Bastar, the Maoists had issued a statement on May 8, saying that they were also ready for a dialogue, but the government should release their jailed leaders and withdraw security forces from Bastar. They also said that the government should create a conducive atmosphere for talks by removing the restrictions imposed on the Communist Party of India (Maoists).

The Maoists, in their statement, had also said that the CM’s offer of peace talk was nothing but a way to mislead the people and to malign the Maoist leadership and cadre. They said that there seemed to be a larger conspiracy behind Baghel’s offer.

After this statement, Baghel had reiterated that his government had been offering to hold peace talks with the Maoists right from day one of coming to power, on the condition that they express faith in the Constitution.

Meanwhile, during his visit to Kutru village in Bijapur constituency on Thursday, the chief minister announced the establishment of a Swami Atmanand English Medium School, a playground in Addavali, community health centre, government bank, government college and mini stadium in Kutru, primary health centres in Begde and Pharsegarh and others.

The CM also interacted with the local citizens and talked to them about various welfare schemes of the state government. Bastar MP Deepak Baij and minister Kawasi Lakhma are accompanying the CM on this second phase of the tour.