Finally, BJP resorts to a 'Bhadralok' in Tripura to win elections 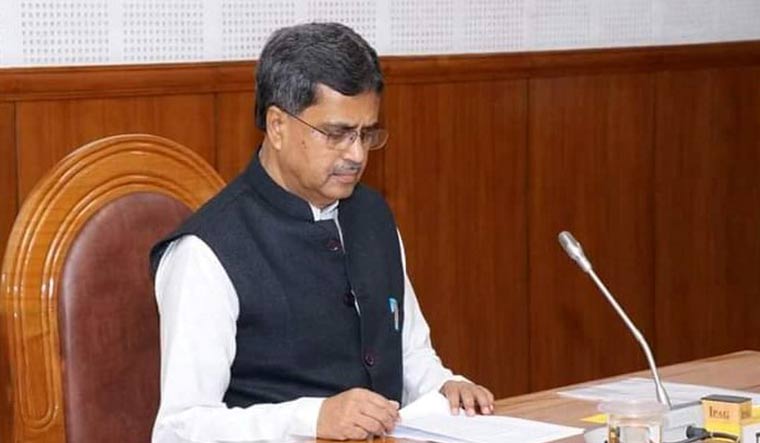 The BJP, in an attempt to offset the anti-incumbency in Tripura, has changed the chief minister after four years. Manik Saha, a dentist by profession and a Rajya Sabha member, has been made the chief minister replacing Biplab Deb, the maverick CM of the saffron party who is known for his many "wrongdoings" and controversial statements.

Saha, the president of the BJP state unit, is known to be suave and gentle and a silent worker of the party. In 2018, when the party came to power defeating the Left front, Saha was in-charge of the party’s Agartala unit. Then state-in-charge, Sunil Deodhar used him to win elections in and around Agartala town.

Many party dissidents were vocal against Deb for the last four years. They had been sending their complaints to Prime Minister Narendra Modi and Home Minister Amit Shah. Last year, the BJP appointed Vinod Sonkar, a UP strong man, as the party's new state in-charge. Sonkar submitted a report saying that unless the leadership is changed, it would be difficult for the BJP to make a great come back like it did in 2018. Tripura will go to polls in 2023. The BJP's alliance partner IPFT is also struggling to tackle its internal strife.

The main challenge to the BJP is not from the Congress or Mamata Banerjee's TMC. The emergence of Pradyut Deb Barma, who made a landslide victory in the tribal autonomous district election last year, has made the party unnerved. Pradyut, a former Rahul Gandhi aide, is eyeing the next Assembly election and might enter into an alliance with the Congress, sources said.

Sudip Ray Barman, a former minister in Deb ministry, recently went back to the Congress after giving several complaints to Shah against Deb. Sources said he is out to form an alliance with Pradyut’s party to upset the BJP.

The BJP central leadership has asked the new chief minister to come up with some visible results in the next 10 months. Saha understands that his task is tough but he is prepared to do it. He has not changed the old ministry much as he knew that such a move would encourage infighting.

“I will try my best to finish all the tasks given to me. BJP would come back to power next year,” said Saha.

Deb had been called to Delhi several times by Modi and Shah and warned time and again. What irked the BJP’s central leadership was Deb’s over dependence on the central funds for the last four years. He used to visit Delhi and demand more and more resources apart from making use of the existing ones. Many projects were kept pending as Deb was found to be tackling party's internal issues more often than engaging himself in governance. His government earned huge criticism from the civil societies who alleged that no major developments had happened in the last four years. Education and infrastructure need to get a major push as developments in these sectors in the last four years have been nominal.

However, it would be too much to ask from Saha about doing everything in the coming ten months, but what he could do is to change the perception of people about the state government.

The party hopes that the word 'Manik' would do well for it like the way it did for the communists in the previous 25 years. In answer to suave and gentle Manik Sarkar, the saffron party has tried to project another Bhadralok Manik in Bengali dominated Tripura to win the election.