Panchayat polls in Jharkhand are being held in four phases 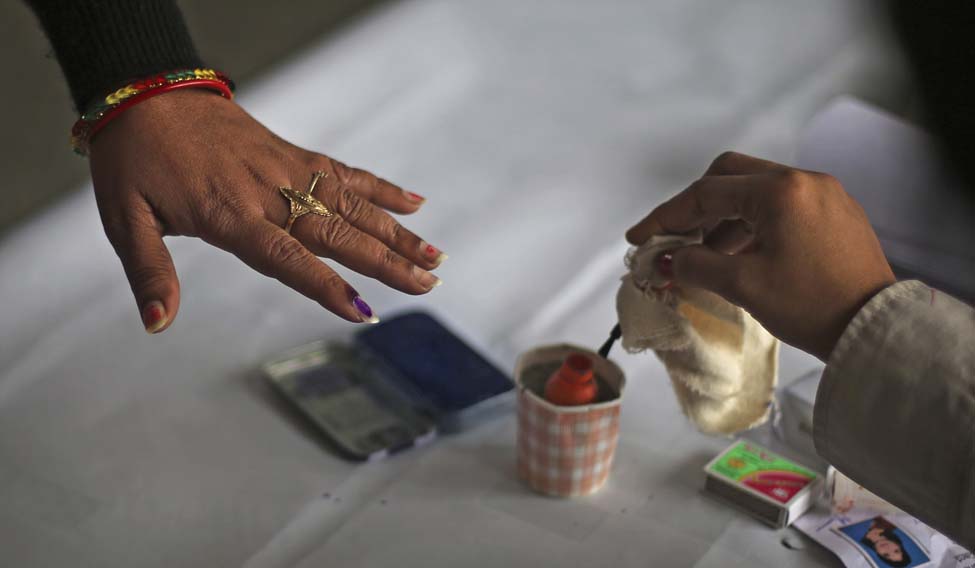 People turned up in large numbers on Saturday morning to cast their votes in the first phase of panchayat polls in Jharkhand, officials said. Polling began at 7am in 14,079 booths across 72 blocks in 21 districts, they said.

Till 9am, 15 per cent voter turnout was recorded. In the first phase, 52 lakh voters are eligible to exercise their franchise.

In Ilami panchayat in Pakur district on the West Bengal border, monitoring is being done with the help of drones, Superintendent of Police Hrudeep P. Janardhanan said.

"Strict action will be taken if anyone tries to create disturbance during the polls," he said.

Ranchi's deputy commissioner Chhavi Ranjan visited the election control room in the morning and took stock of the situation. He directed officers to apprise him immediately in case of any disturbance.

Elections are underway in four blocks of Ranchi district.

Polling is going on smoothly in Maoist-hit Peshrar and Kisko blocks in Lohardaga district, officials said.

Amid a boycott call given by Maoists, long queues of voters, especially women, were visible in every polling booth. Heavy deployment of security was also seen in the region.

Total 5,704 polling booths have been declared sensitive, while 5,450 booths were identified as hypersensitive.

Chief Minister Hemant Soren said, "The first phase of polling has started today for the panchayat elections in Jharkhand. Best wishes to all the candidates, voters and election workers on the occasion of this great festival of democracy."

Total 6,231 seats were decided uncontested in the first phase.

The voting will continue till 3 pm and the votes will be counted on May 17.

Panchayat polls in Jharkhand are being held in four phases with the last phase scheduled on May 29.